Arlington voters will be deciding on a $966 million bond plan to build or renovate schools and athletic facilities. Some of it would also be allocated for improved security and transportation.

ARLINGTON, Texas - Arlington voters will be deciding on a $966 million bond plan to build or renovate schools and athletic facilities. Some of it would also be allocated for improved security and transportation.

If voters approve the bond package, some schools will be rebuilt, elementary schools get new playgrounds and all schools will get security updates. The district says it won’t require a tax increase for the residents of Arlington.

Arlington ISD is hoping for a major overhaul of some schools. Voters will decide Tuesday whether the district gets a $966 million bond for improvements.

Carter Junior High was built 61 years ago, and students say it’s time for an update. Carter is one of four schools that would be completely rebuilt under the bond.

School Superintendent Dr. Marcelo Cavazos says under the bond package, all 78 campuses would see some kind of upgrade.

“The facilities are in such need of repair that it’s cheaper really to replace those facilities and bring modern learning environments to our students,” he said.

School security systems would be improved. Fine arts and athletic facilities would be updated. After renovating an existing stadium, the district would no longer have to lease one from UT-Arlington.

The bond was proposed by the Capital Needs Steering Committee. It’s made up of 37 teachers, parents and community members. 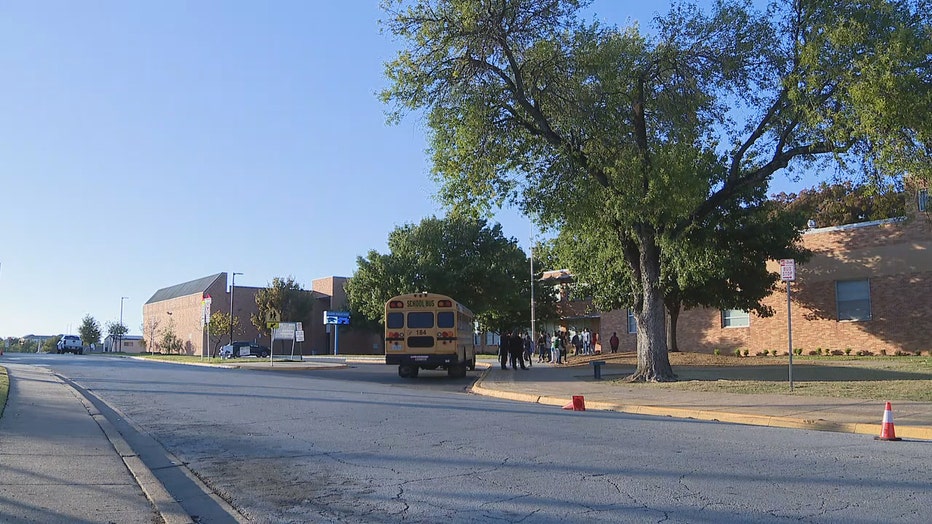 Jeannie Deakyne and Gara Hill served as co-chairs. One of the key components for Deakyne is two updated playgrounds at every elementary school with ADA accessibility and new shade structures.

“Every child, all 60,000 students in AISD will in one way or another will have access to those playgrounds,” Deakyne said.

Deakyne and Hill say the bond comes without a tax increase to residents.

“You see this bond being funded over the next five years just from the growth of our property values,” Deakyne said.

They want voters to see the bond package as a necessary turning point for students.

If passed, the district will get to work on finalizing the five-year timeline for the upgrades.

It takes two years to rebuild a school. And with four schools on the list, that would mean an overlapping construction schedule for the district.