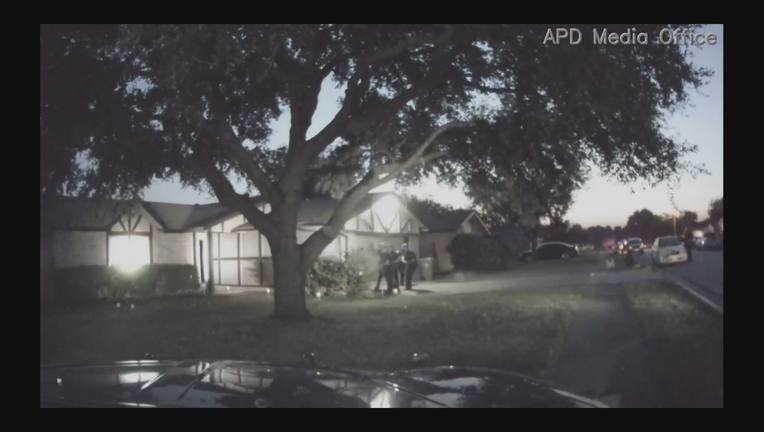 A man on Friday night was taken in for a mental health evaluation. He was shot and killed by Arlington police the next day.

Police said they first encountered Walker on Friday when he threatened to harm himself. He was being investigated at that time for invasive recording of a minor and was taken to the hospital for a mental health evaluation.

After his release Saturday, police said Walker attacked another man with a baseball bat. When officers went to his home, they said he refused to come outside.

About an hour and a half later, police said Walker came out with what officers thought was a firearm. It turned out to be a BB gun.

Video of the shooting may be difficult for some to watch.

Police believe a man who was shot and killed by officers over the weekend may have wanted to die. They're investigating it as a case of suicide by cop.

“At that point, officers gave him loud verbal commands as you’ll see from the video footage that we’re releasing for him to get his hands up. The suspect pulled what officers believed to be a handgun from the front of his waistband, took a shooting stance and pointed the gun at the officers. Three officers discharged their duty weapons, striking the suspect,” said Lt. Chris Cook with Arlington PD.

Police are calling it a case of possible suicide by cop.

“He told me that he was suicidal, that he had to spend a couple hours in JPS the night before, so that would have been Friday night. He told me during the same conversation that he had filled the bathtub up with water and threw the toaster oven inside the bathwater that he was in,” said Eric Zidek, Walker’s friend.

Zidek said he does not condone the alleged actions his friend was being investigated for. But he doesn’t think police needed to use deadly force.

Police are still investigating both the invasive visual recoding allegations and the officer-involved shooting.

Lt. Cook said he believes three officers did what they were trained to do.

They are on administrative leave pending the outcome of the investigation.