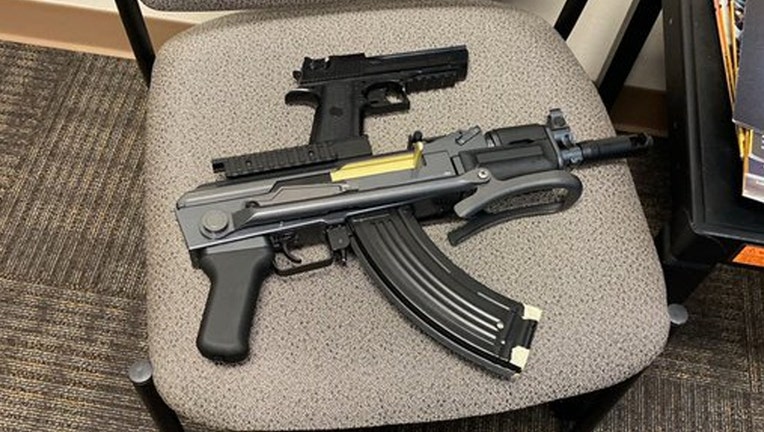 A caller told officers a shooting in progress was happening near several homes, but they did not specify where.

Officers arrived on scene with lights and sirens on, and a teen holding what looked like a machine gun ran into the home.

The teenager eventually went back outside, and at that time, officers realized the guns were fake.