Who would have guessed that a trip to a vending machine with no candy could be this exciting? And it's the latest addition to Wood Elementary School in Arlington: the bookworm vending machine.

ARLINGTON, Texas - An Arlington ISD senior is getting her Gold Award from the Girl Scouts. For those who know, that's not an easy feat.

And she's getting it thanks to a project that helps younger students get better at reading.

Who would have guessed that a trip to a vending machine with no candy could be this exciting? And it's the latest addition to Wood Elementary School in Arlington: the bookworm vending machine.

17-year-old Courtney Brecheen is a lifelong avid reader who decided to focus on literacy on the quest to earn her Gold Award, the highest honor any Girl Scout can earn.

"You have to individually put in 80 hours of work," she said. "You have to be a project manager for the whole entire project." 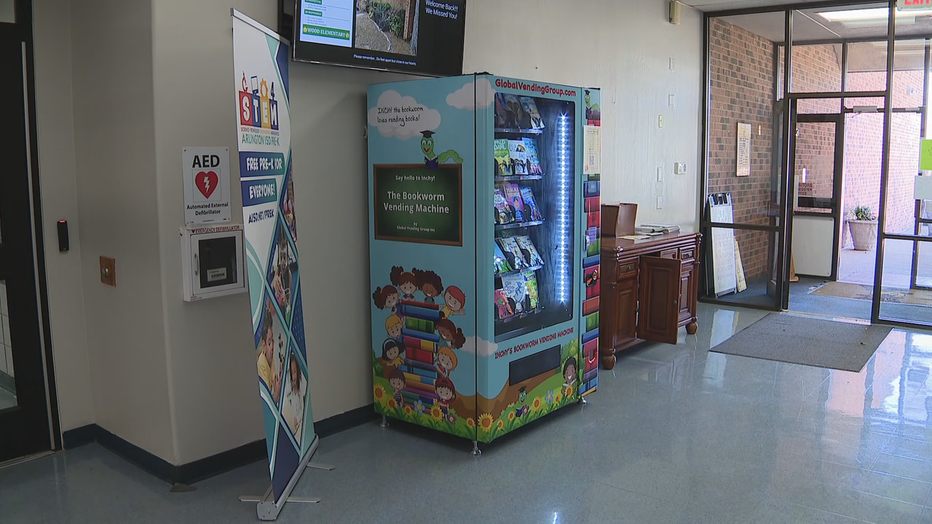 Then, Courtney came up with a system.

Every week, each teacher gets a golden ticket to give away. Each one is redeemable for a new book.

"It’s just another way to get kids to engage in reading," Courtney said.

But she credits her mom, Kristin Brecheen, the school’s counselor, with finding the machine in the first place.

So Kristin sold t-shirts for three years to raise the money and made the purchase in January.

But it was Courtney who hit the pavement, getting donations and gathering more than 1,200 books in just four months.

"It was quite convenient, and it worked out just perfectly," Kristin said.

And as Courtney looks forward to attending college in the fall, she’s proud to leave behind her own contribution to her old school.

"I’m a little jealous because we didn’t have neat things like this when I was in kindergarten," she said.

They are still collecting books and donations. Courtney needs 200 more to meet her goal. She plans to attend college in Colorado in the fall, majoring in psychology.

Courtney’s Gold Award ceremony is Saturday morning, where she becomes one of just 3% of Girl Scouts to earn it.