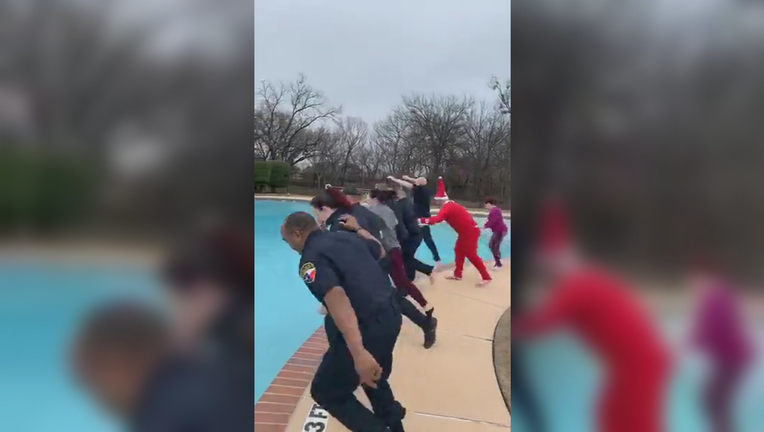 ARGYLE, Texas - Not even freezing weather could stop police officers in the Denton County community of Argyle from making good on a promise.

On Wednesday, several officers from the Argyle Police Department took a polar plunge for charity.

“This whole thing started because of a Super Bowl bet. Some of us one. Some of us lost. And then the idea was thrown out there,” Chief Emmitt Jackson said in a video of the event.

For every officer who took the leap into the icy pool, there was a donation made to the Children’s Advocacy Center of Denton County.

At first, only a few officers were brave enough to jump. But then a local barbecue restaurant sweetened the deal by offering $500 if 10 officers would take part just before the snow began falling in Denton County.

“So I guess we’re all taking the plunge together,” Chief Jackson said.

There were local medics on standby to be sure everyone got out of the pool safely.

“I’m not saying you have to be smart or sane to be a police officers but you do have to be brave,” the chief said before jumping into the water.