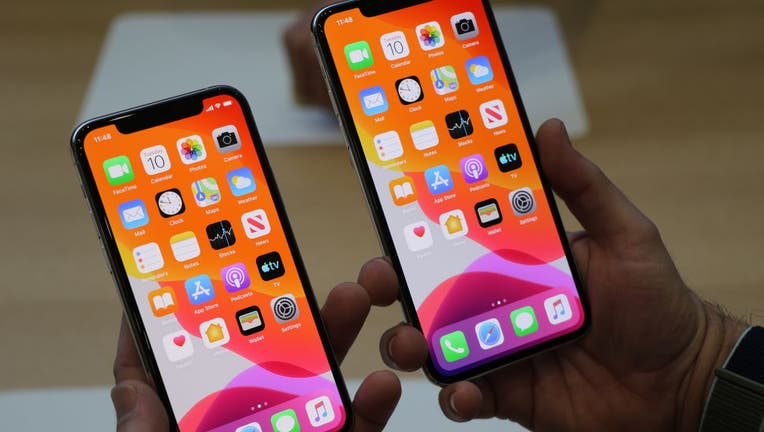 A file image shows a man holding Apple's iPhone 11 Pro (L) and the iPhone 11 Pro Max at the Steve Jobs Theater on the corporate campus on Sept. 10, 2019 in Cupertino, California. (Photo by Christoph Dernbach/picture alliance via Getty Images)

CUPERTINO, Calif. - Apple is urging iPhone and iPad users to update their operating systems as soon as possible to fix security bugs that may have already been "actively exploited."

The tech giant said flaws in its operating systems were reported by an anonymous researcher, but did not disclose many details.

"For our customers' protection, Apple doesn't disclose, discuss, or confirm security issues until an investigation has occurred and patches or releases are available," the company states on its support website.

Scammers target iPhone users by pretending to be Apple Support

In the latest phishing scam, iPhone users are targeted when scammers call their phones pretending to be an Apple Support team member.

Being able to cause arbitrary code execution means an attacker could do things on a user’s phone just from visiting a website they control, according to technology news site The Verge.

Both of the updates were followed by a note stating, "Apple is aware of a report that this issue may have been actively exploited."

The company said it will provide additional details soon.

To update your iPhone or iPad to iOS 14.4, Apple says users should plug their device into power and connect to the internet with WiFi. Then go to Settings > General, and tap Software Update.

Among the changes introduced with the iOS 14.4 update is the ability to read smaller QR codes with iPhone cameras, as well as fixes to the Fitness widget, typing and keyboard.