A Michigan cardiologist became suspicious of Apple’s new magnetic charging technology, so he passed an iPhone 12 over the chest of a patient with an implantable defibrillator — and was stunned to find it tripped the magnetic switch.

Apple has issued a warning about the iPhone 12 and MagSafe accessories after a Michigan cardiologist discovered the technology’s magnet is strong enough to interfere with medical devices.

Apple is advising those with an implanted pacemakers or defibrillators to keep the iPhone and any MagSafe charging accessories a safe distance away from the device. Apple said a safe distance is considered more than 6 inches away, or more than 12 inches apart if wirelessly charging.

As the health system explained, high-powered magnets can be used to control cardiac devices such as pacemakers and defibrillators. The devices have internal switches that respond to the magnet so doctors don’t need to perform surgery every time the device needs to be controlled.

Henry Ford’s Dr. Gurjit Singh and his colleagues suspected Apple’s magnetic technology was strong enough to control the devices and tested their theory. They took an iPhone 12 Pro and passed it over the chest of a patient with an implantable defibrillator.

"We were all stunned," he said. "We had assumed that the magnet would be too weak in a phone to trip the defibrillator’s magnetic switch." 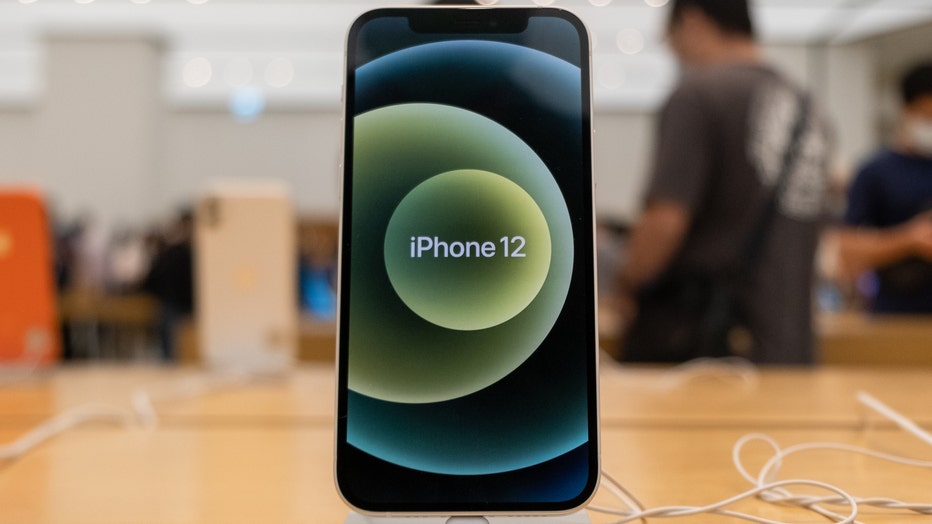 Their findings were published in early January 2021 in the medical journal HeartRhythm, which got the attention of the FDA. Later that month, Apple published its own warning.

"We believe our findings have profound implications on a large scale for the people who live daily with these devices, who without thinking, will place their phone in their shirt pocket or upper pocket or their coat – not knowing that it can cause their defibrillator or pacemaker to function in a way that could potentially be lethal," Dr. Singh said.

Now, he and his team are looking into all major brands of defibrillators and pacemakers to see if they’re also affected by Apple’s magnetic technology.

Henry Ford said the FDA is also conducting its own tests.