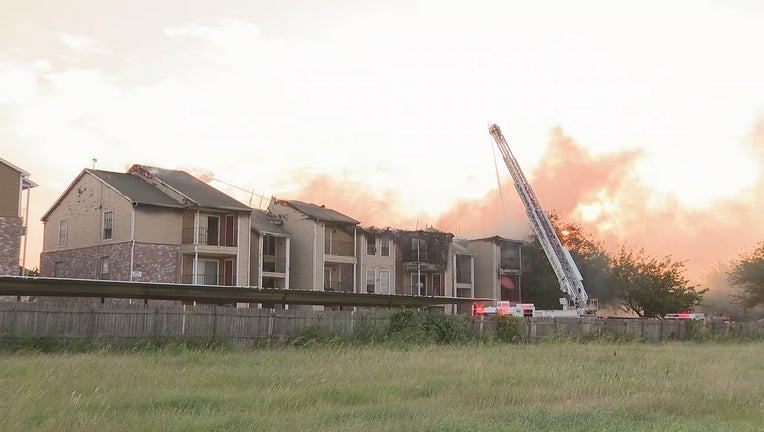 FORT WORTH, Texas - About two dozen apartments were damaged by a fire in southwest Fort Worth.

The fire began around 7 p.m. at a complex near Interstate 20 and Chisholm Trail Parkway. It quickly escalated to three alarms to get more help on the scene.

READ MORE: Dallas rent prices seeing some of the highest increases in the U.S., data shows

Firefighters had to attack the flames from the outside because of the danger of going into the three-story building.

No one was hurt, but several people are now without a home.

It’s not clear how the fire began.