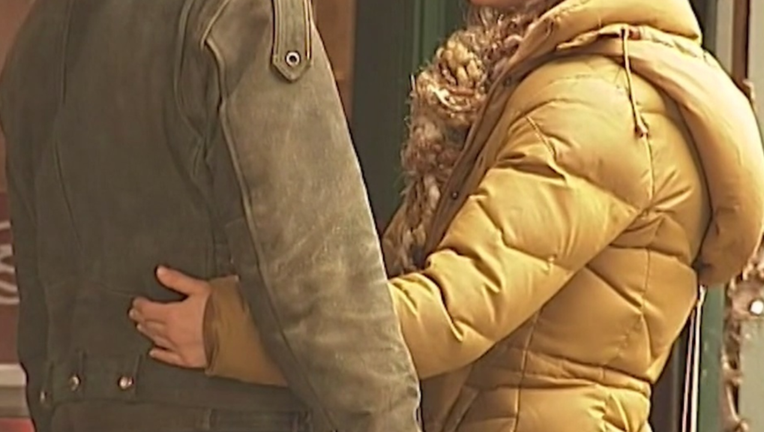 The average American spends $121,082.40 on dating in their lifetime, according to new research.

The poll of 2,000 Americans found that on average, dating will cost $168.17 a month. But that number increases for married folks, who will average $185.65 to keep the spark alive in their relationship.

In fact, for those in relationships, keeping the spark alive is important. Enjoying dinner and drinks is the top way coupled-up Americans keep the romance going, as three in five respondents in a relationship revealed that as their go-to.

A study, conducted by OnePoll in conjunction with Simple.com, looked at the spending habits and financial decisions of respondents and uncovered that seven in 10 say dating is expensive.

The average American studied revealed they spend $64 a month on grooming to look good for their date — even if they are in a relationship or married.

As a result, it’s no wonder singles are avoiding the dating scene. Nearly a quarter (24 percent) of the singles surveyed revealed they avoid dating because they don’t have the finances for it and they don’t feel comfortable with their current life situation — including their financial situation.

In fact, 62 percent of those surveyed revealed they blame their finances for not allowing them to have a robust dating life.

That’s probably because, when out on a date with either someone new or a current partner, over half (51 percent) of people argued over who will pay the check.

With the burden of paying for dates looming large among Americans, it’s no surprise that 47 percent of those studied reveal they’ve had to get creative when it comes to paying on a date because they were strapped for cash.

From phoning a friend to help them out to pretending they’ve lost their wallet to going to the extreme of selling their watch, it’s no wonder that over half (54 percent) say they’d have a better love life and relationship if they just earned more money.

Dating is such a financial burden that over half (51 percent) have canceled a date because they were unexpectedly strapped for cash.

However, debt doesn’t necessarily stop some people from finding love. Twenty-eight percent of those studied revealed they would be willing to go into debt to date.

That being said, women are not expecting men to pay either. Forty-two percent of women offer to pay full price on the first few dates with someone with nearly a quarter (24 percent) offering to split the check 50/50 with their date.

“Discussing who will pay the check can be one of the first times a date or new couple navigates a financial decision,” said Steph Reiley, Director of Product Management for Simple.com. “As a relationship grows, integrating tools, like having a shared account or tools to plan expenses, can help couples continue those discussions to build a solid financial foundation.”

Certain things have to happen in a relationship before people stop caring about spending money to impress their dates. For money to no longer matter, 37 percent say they have to go on at least five dates with the person.

Another 36 percent reveal it’s not until the first time they have sex with someone before money is no longer important in terms of impressing the other person, while a further 35 percent need to have their first kiss with someone for money to no longer be a factor when it comes to dating.

Other relationship milestones that need to occur before people stop caring about spending money on dates to impress their partner include being “official” (34 percent), meeting their parents (34 percent) and meeting their friends (31 percent).

“Every stage of a relationship brings a unique set of financial circumstances, whether it’s a first date or a 50th anniversary,” Reiley added. “Budgeting for dates, talking about money, and exploring tools to share finances are just a few ways we believe to help people feel confident with their money, both as individuals and as a couple.”