SAN ANTONIO - An AMBER Alert has been issued for a missing three-year-old from San Antonio.

Lina Sardar Khil is believed to be in grave or immediate danger.

According to police, Lina was last seen around 5 p.m. on Monday, December 20 in the 9400 block of Fredericksburg Road. She was wearing a black jacket, a red dress, and black shoes. Her hair was last seen in a ponytail. 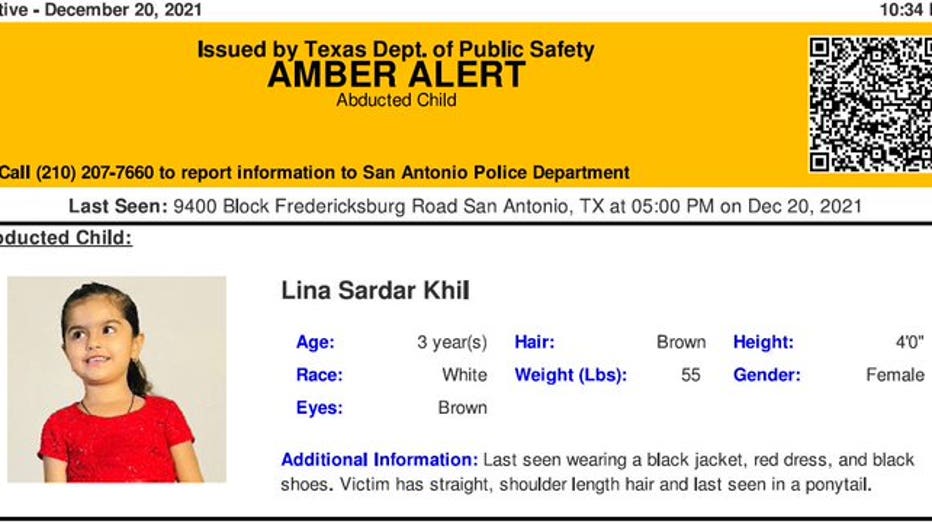 If you have any information regarding this abduction, call the San Antonio Police Department at 210-207-7660.

Lina is a white female with brown hair, brown eyes, and straight shoulder-length hair, according to police. She weighs around 55 lbs and is roughly 4' 00".