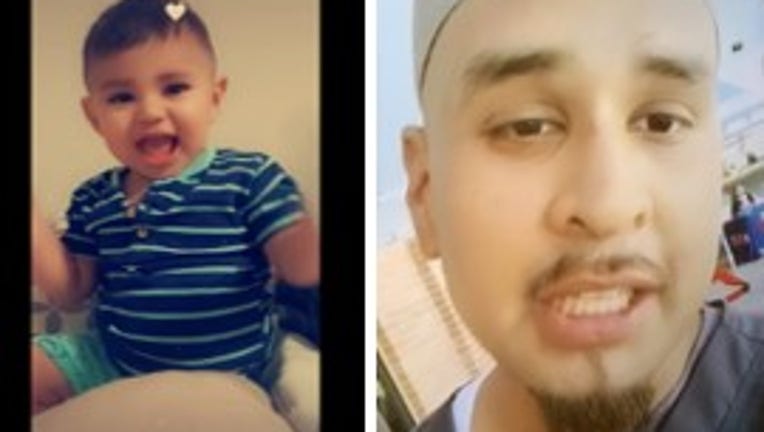 DALLAS - An Amber Alert has been canceled for a missing 1-year-old Dallas boy.

Stephen Ameer Orosco was last seen in the 11600 block of Ferguson Road on Monday at 2:30 pm.

Stephen Ameer was believed to be with his father, Stephen Orosco, and was possibly in danger.

Shortly before 7 p.m., Dallas police confirmed the boy was found safe. The father was taken into custody.

No other information was released.