Airports across the country saw a surge in passengers this past weekend. And upcoming Memorial Day weekend travel may even surpass pre-pandemic levels.

DALLAS - Airports across the country saw a surge in passengers this past weekend. 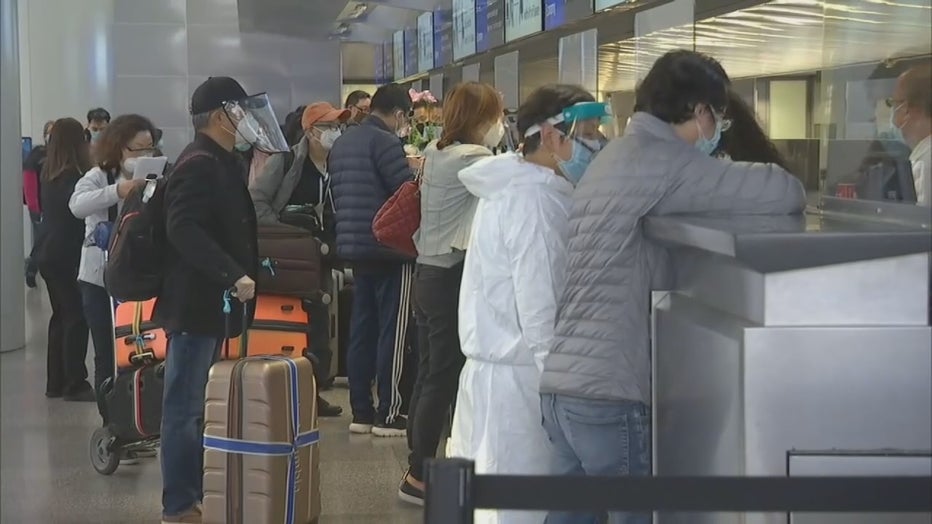 Over the weekend, the TSA screened nearly 1.9 million passengers at U.S. airports. That's about 90% of pre-pandemic numbers on comparable days.

"Since the pandemic began, this is the busiest we've been," she said.

A spokesperson for Fort Worth-based American Airlines tells FOX 4 it will serve 219 unique destinations from DFW over the holiday weekend, which is 10 more destinations than the hub served during the same period in 2019.

More flight attendants are being onboarded.

"We are seeing every day full flights," said APFA spokesperson Paul Hartshorn Jr. "As we move towards the summer, load factors have definitely gone up. It's encouraging to see."

Dallas-based Southwest Airlines is touting new non-stop service to Hawaii from some of its airports.

At a news conference at Reagan Washington Airport Tuesday, the Homeland Security secretary highlighted the rules for the traveling public. Many of them will be flying again for the first time since the pandemic hit.

"It is a federal mandate that one must wear a mask in an airport, in the modes of public transportation and on the aircraft itself," said Dept. of Homeland Security Secretary Alejandro Mayorkas.

"Whatever is going on in May and June is going to be different in Sept and Oct," he said. "Are there going to be Uber drivers out there that are going to be able to get you to your hotel? Will there be someone to check you in and make up your bed? We'll see about that."

A spokesman for Dallas Love Field says some of the shops and eateries inside the airport remain closed since there isn't enough staff to reopen them. That means the places that are open can have long lines during peak times.