OAKLAND, Calif. - As the school year draws to a close, many families are wondering what will happen to summer camps in the era of the coronavirus and social distancing.

Gov. Gavin Newsom, who has four young children, has not specifically addressed the issue of whether camps will be given the go-ahead to open during the long summer months.

Newsom has offered mixed messages, making it tough for parents and camp directors to prepare. He's outlined a framework for easing the stay-at-home order covering the state. But he's also said that public life will not be normal for a long time.

Parents are hoping for a break to get their children out of the house during the school vacation.

"Camps have to go on," said Kara Janssen, an attorney in Alameda who has two children, ages 2 and 6. She is banking on Children's Fairyland camp in Oakland being open, along with another city camp, so that she and her husband can work. It's hard enough now with no school, she said.

"What are we parents supposed to do?" Janssen said. "I might even have to move so that I can be closer to family."

Based on the state's lack of clarity at this point, some camps, including Camp Chance in San Rafael, a five-day camp with police officers, announced this week that they've canceled their program "out an abundance of caution."

One of the Bay Area's most popular kids summer camps, Galileo, which runs camps at 70 locations, announced Thursday that all summer programs are canceled due to the coronavirus.

Parents cannot get refunds. Instead, Galileo offered credit to attend another camp over the next five years.

Nanette Kearney of Walnut Creek told KTVU she was outraged that she's not getting a $400 refund. She knows of other families who have spent upwards of $1,000. She even questions the legality of not offering refunds.

"I don't have these kinds of funds to bankroll them," she said. "This is a serious penalty to someone who believed you, when you said you were going to offer camp and then you backtrack and keep our money. That's not right."

She said her daughter's Girls Scouts Camp, Girls on the Run and a camp in Point Reyes have also canceled, but provided refunds.

Not giving refunds is the only way to keep the camp running in the future, Galileo officials said.

In an email sent to parents, CEO Glen Tripp said the decision was extremely difficult.

But he said he faced no other option because Galileo rents out space at school campuses, and districts and health officials have already indicated that large groups will be unable to safely gather for much or all of the summer.

"We held out hope as long as possible, but we now have to acknowledge that this is where summer is headed," he added.

Instead, Galileo is offering a virtual experience, Camp Galileo Anywhere, a free resource that provides weekly activities, parenting resources, and live camp director Facebook appearances. Tripp said he will continue to evaluate the possibility of in-person pop-up camps if health concerns suddenly clear up in July or August. 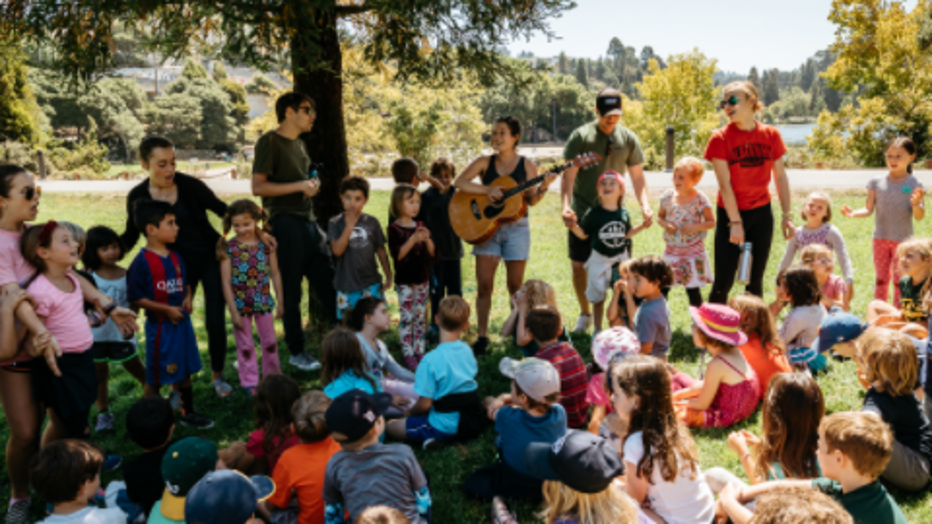 Other camps said they still don't have enough information to know what to do.

Eli Cardenas, spokesman for the Oakland YMCA, said it is still too early to evaluate all the options on how to run safe day and overnight camps.

Kyle Winkel, spokesman for the American Camp Association, said the organization will have more information in early May. He said he didn't want to put out any information at this point, because it would be "nothing but speculation."

There are still other camps that are cautiously optimistic that are forging ahead with some kind of plans for their loyal campers.

For San Francisco-based Camp Tawonga, a sleepaway camp near Yosemite National Park, Executive Director Jamie Simon said that she and a half dozen other residential camps have been brainstorming together on all sorts of ideas.

"The important thing is to think of a Plan A,B,C and D," she said. "I really hope we can have camp. Kids need to see their friends and parents really need their kids out of the house."

Some options include having campers self-quarantine for 14 days at home before trekking to Yosemite, banning visitors, forbidding staff from traveling into town, modifying sports activities and staggering meal times and campfires.

If that doesn't work, Simon said she is thinking of how to possibly offer day trips in the Bay Area for smaller groups or virtual activities with favorite "camp personalities" once a day if children have to stay at home.

At Camp Kee Tov in Berkeley, director Beckett Sheeder said he is also in the process of coming up with several plans depending on new information from the state in May.

"Our primary goal at this point is to be able to run the most comprehensive version of camp possible under whatever government and health and safety guidelines exist come mid-June when we're set to begin the summer," he said.

Despite the strict conditions the state of California is in now, Sheeder said that he is "more and more optimistic by the day about holding a version of camp this summer that looks and feels a lot like a completely regular summer."

Still, he said camp staff are already expecting to make adjustments, "both big and small," specifically regarding the size of groups and aspects of camp that don't lend themselves as well to social distancing and enhanced hygiene standards.

"The one option that I feel comfortable saying is off the table, is canceling camp entirely," Sheeder said. "We feel strongly that the service we provide families is essential to the emotional and physical health of our community not to mention helping to take some load off of parents and allow them to get back to work."

EDITOR'S NOTE: Fernandez's children have attended Camp Tawonga and Camp Kee Tov. Lisa Fernandez is a reporter for KTVU. Email Lisa at lisa.fernandez@foxtv.com or call her at 510-874-0139. Or follow her on Twitter @ljfernandez