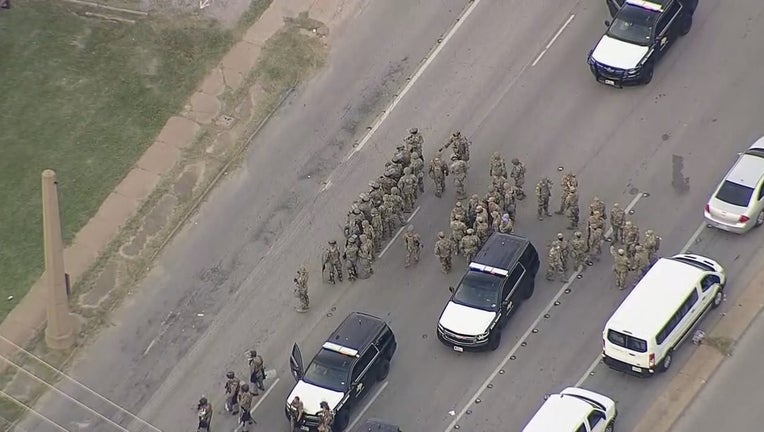 HOUSTON - Gov. Greg Abbott confirmed on Wednesday that the Texas National Guard will be used to protect cities if there are violent protests following the election.

But Abbott, speaking at an event in Houston to support police, would not get into specifics.

State National Guard troops were deployed to Dallas and other cities over the summer when protests over the George Floyd death turned violent and some people vandalized property and businesses.

A guard spokesman told a San Antonio newspaper that troops would be sent to Dallas and other cities as soon as this weekend to stage.

Abbott would only say decisions about when and where troops would be sent would be made on an as-needed basis.

Many experts say it’s possible a clear winner of the presidential race will not be known Tuesday night.