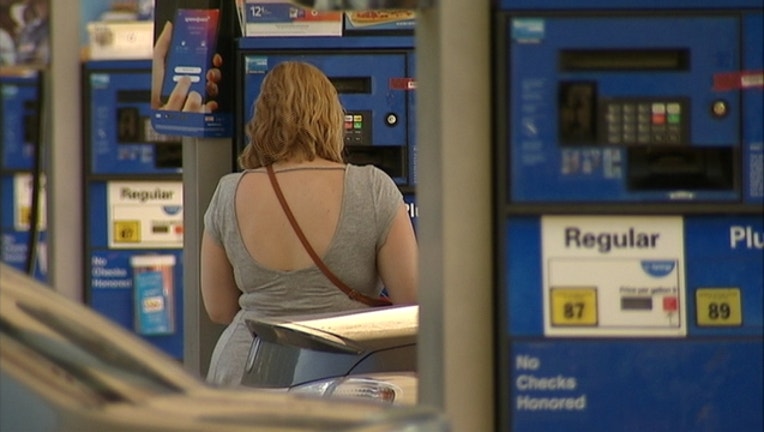 Americans are expected to put down the TV remote and hit the road in record numbers for the July 4th weekend.

Auto club AAA said Thursday that it expects 44.2 million people will travel at least 50 miles (80 kilometers) from home, a 2.9 percent increase over last year's record for the holiday.

The vast majority of those revelers will go by car. But airline travel over the holiday is also expected to rise for the eighth straight year.

Travel industry officials expect domestic demand to remain strong, even while they worry that proposed travel bans and the prohibition on laptops in the cabins of some U.S.-bound planes could hurt travel to the U.S. from abroad.

With July 4 falling on a Tuesday, some workers will get a four-day weekend, making a quick road trip even more inviting.

Cheaper gasoline helps. Even though pump prices usually rise as summer begins, the national average for a gallon of regular was $2.28 on Wednesday - 4 cents lower than last year's holiday weekend, and down more than 7 cents from a month ago.

AAA forecasts that average airfares on the most popular domestic routes will be 10 percent lower and car rentals will be down 14 percent from last year's holiday period, while hotel rooms will cost about the same.

Last month, aviation trade group Airlines for America cited many of the same factors in predicting that a record 234 million Americans will fly between June 1 and Aug. 31.

AAA predicted that 37.5 million Americans will drive to their July 4 getaway, a 2.9 percent increase, and more than 3.4 million will fly, a 4.6 percent jump. Still others will take trains or buses.

The auto club defined the four-day July 4th travel period as Friday through the Tuesday holiday, compared with a Thursday-through-Monday stretch last year.