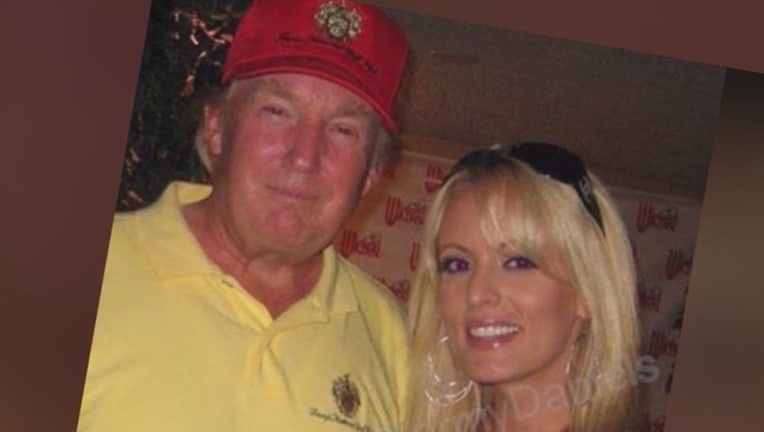 Some questions and answers:

President Trump has denied the encounter, through his representatives. But his lawyer, Michael Cohen, has said he paid Daniels $130,000 out of his own pocket days before the 2016 election. That has prompted questions about whether it was effectively a campaign contribution. Cohen denies the payment was related to the campaign.

The transaction itself does not seem to be illegal, but the failure to report it either as a campaign contribution or on government ethics forms might be.

Two complaints have been filed by watchdog groups. Common Cause says in a complaint to the Federal Election Commission that the payment may violate federal campaign finance law in several respects. It said it should have been reported as an in-kind campaign contribution and was far above the $5,400 Cohen could give Trump's campaign. Citizens for Responsibility and Ethics in Washington also has asked the Justice Department and the Office of Government Ethics to investigate whether the payment to Daniels, whose legal name is Stephanie Clifford, may have violated federal law because Trump did not list it on his financial disclosure forms.

ISN'T THIS JUST A TECHNICALITY?

The groups that filed these complaints say their beef isn't just about technical violations of obscure election and ethics laws. They say the complaints may open the door to more serious allegations that could force Cohen, and potentially Trump, to testify under oath. Common Cause vice president Paul S. Ryan said Cohen should be asked under oath about Trump's involvement in the payment. "Michael Cohen knows whether Donald Trump is directly involved in all of this," Ryan said.

WHAT'S THE PENALTY FOR ILLEGAL CONTRIBUTIONS?

There can be both civil and criminal penalties if investigators determine that the campaign or Cohen intended to keep the payment secret. This is not an easy standard to prove in court. Prosecutors failed to get a conviction against former presidential candidate and Sen. John Edwards on charges that he received illegal contributions and falsified documents to pay for the silence of his pregnant mistress as he campaigned for president in 2008. Ryan said a case against Trump could be stronger because the payment to Daniels was made days before the election when she was likely to go public with her story.

ANY CONNECTION TO THE RUSSIA PROBE?

Russia's election meddling and the alleged Daniels affair do not appear to be linked. But special counsel Robert Mueller has broad investigative authority, and Cohen has been linked to other aspects of the investigation, including efforts in 2015 to pursue a Trump Tower real estate development in Moscow. If Mueller believed he could leverage Cohen's testimony about Russian matters, he could have reason to look into the payment to Daniels.

WHAT OTHER LAWSUITS ARE INVOLVED?

Daniels has filed a lawsuit to free herself from the non-disclosure agreement she signed when she accepted the money. Cohen also is pursuing claims through arbitration against Daniels for violating the non-disclosure agreement. Cohen says Daniels could owe $20 million for violating the agreement. It's possible that if Cohen does not drop the effort, Daniels' lawyer could try to question Trump about the arrangement.

DOES A SITTING PRESIDENT HAVE TO TESTIFY?

Probably. The Supreme Court ruled in 1997 that President Bill Clinton was not protected from a civil sexual harassment lawsuit filed in federal court by former Arkansas state employee Paula Jones. The high court has never definitively said whether a president must answer questions in a criminal proceeding, including the kind of grand jury that Mueller has empaneled. But it has suggested he would have to comply. Trump also is facing a defamation lawsuit in a New York court that was filed by Summer Zervos, a former contestant on "The Apprentice." A judge ruled the lawsuit can move forward while the president is in office.