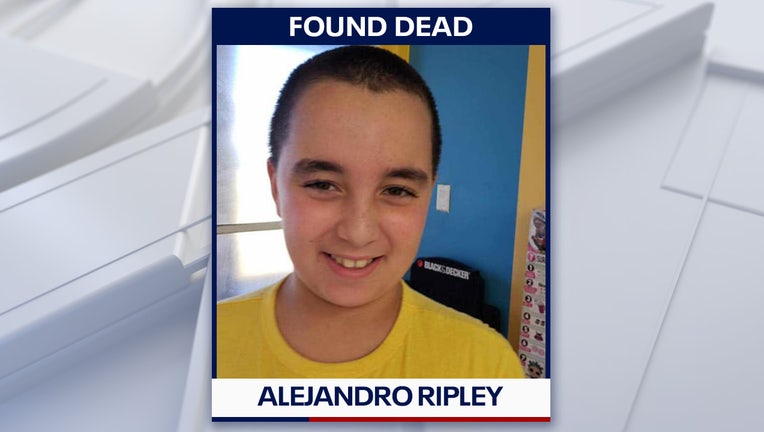 The Florida Department of Law Enforcement said Ripley was kidnapped from a Home Depot near SW 158th Avenue and Kendall Drive in Miami around 9 p.m. Thursday. A statewide Amber Alert was issued for Ripley during the overnight hours.

The events leading up to Ripley's kidnapping and death are still being investigated.

According to WSVN, a store employee in the area said the abductors crashed into the mother’s car and took off with Ripley, who has autism and is non-verbal.

“I saw the police, so I tried to ask somebody, and they told me they kidnapped a kid,” he said. “They took objects from the mother, and it’s really impressive how you see these things happen in Miami because you don’t expect somebody to get kidnapped here in Miami, so it’s very frustrating to think that happens here.”

Ripley’s mother said two men forced her off the road and blocked her vehicle in, WSVN reports. A passenger demanded drugs, but she told them she didn't have any. That's when Ripley was pulled out from inside the car.

Officials say Ripley was abducted by two unknown black men who were driving a light blue four-door sedan. Police did not have a specific make or model of the vehicle.

They said one of the abductors may be wearing all black clothing and a black bandana as a face mask. The individual may have cornrows in his hair.

Anyone with information is asked to call the Miami-Dade Police Department at 305-476-5423.