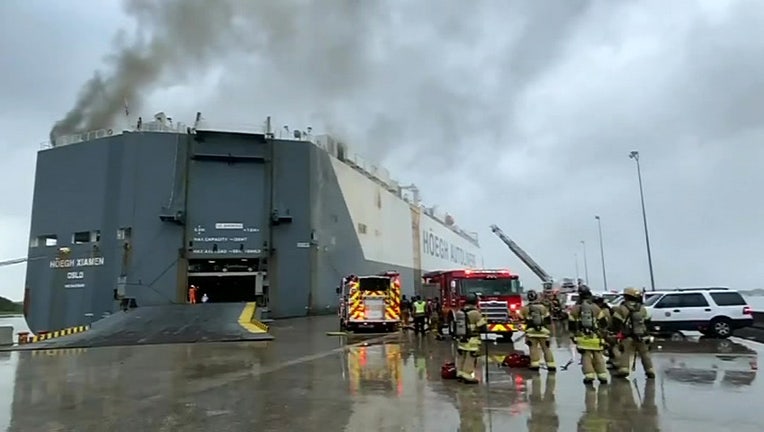 JACKSONVILLE, Fla. - Nine firefighters responding to a fire aboard a cargo ship in Florida have been hospitalized after the ship exploded, injuring eight and sending one to a hospital for heat exhaustion, authorities said.

The explosion occurred nearly three hours after firefighters first responded to a ship at Blount Island after reports of a fire on Thursday afternoon, the Jacksonville Fire and Rescue Department tweeted. The ship, a Norwegian vessel called Hoegh Xiamen, was carrying old and used cars and had been scheduled to leave Jacksonville, First Coast News reported.

More than 20 crew members on the ship during the initial fire were able to safely get off before the explosion occurred, according to the U.S. Coast Guard, and the blast happened with "crews inside fighting fire," Jacksonville Fire Chief Keith Powers said.

Of the nine firefighters hospitalized, four were treated for burns, one was taken into surgery for injuries Thursday night and another firefighter has been in intensive care, news outlets reported. All firefighters were stable, Powers said.

"Burns take a lot time to heal," Powers said. "Please everyone, keep them in your prayers. They'll need a lot of that." 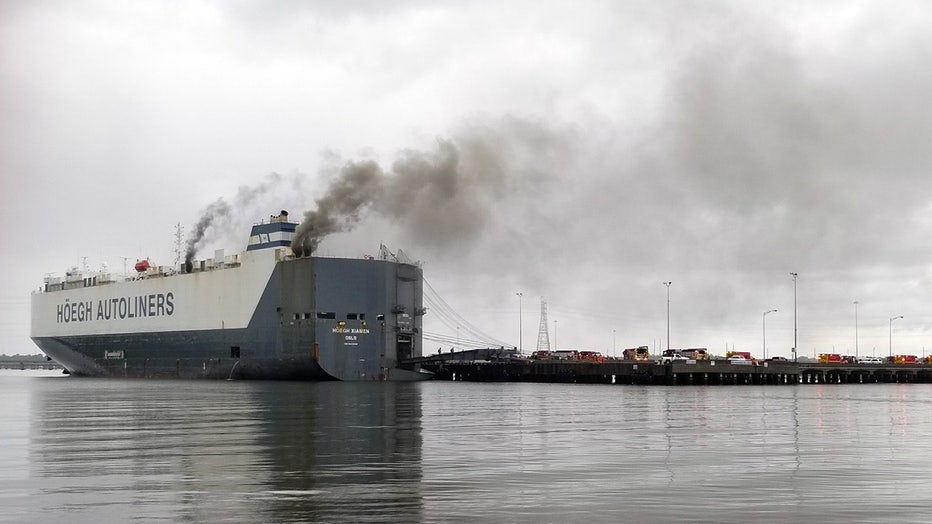 Nearly 150 firefighters were continuing to rotate in teams to battle the blaze abroad the ship, Powers said.

"This is one of the days where you roll up on something like this and it's one of the worst things probably in a career that you will ever do," Jacksonville Association of Fire Fighters President Randy Wyse told the Florida Times-Union.

Wyse, who said he spoke to the injured firefighters after the explosion, said they have "a long recovery ahead of them."

Investigators are trying to determine what caused the fire.