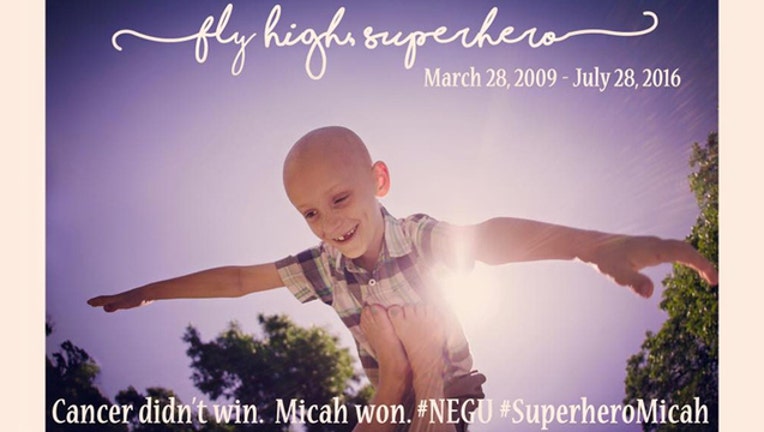 A 7-year-old cancer patient from Arlington who was embraced by the TCU baseball team died on Thursday.

Micah Ahern suffered from neuroblastoma, a cancer that affects young children. Micah was born in 2009 and was diagnosed with the cancer in 2010.

“Micah is no longer suffering. He is healed and whole. I praise God for that. Now we all are left here to mourn the loss of The Great Superhero. Micah, You are so loved and missed. You were so brave even until the very end and we are all changed because of it,” his mother Linda wrote in a post on Thursday night.

Ahern became a regular at TCU baseball games in 2013 after being introduced to manager Jim Schlossnagle. The players became friends with Micah and the team wore an ‘M’ inside a Superman-esque shield on their baseball caps during games and on t-shirts.