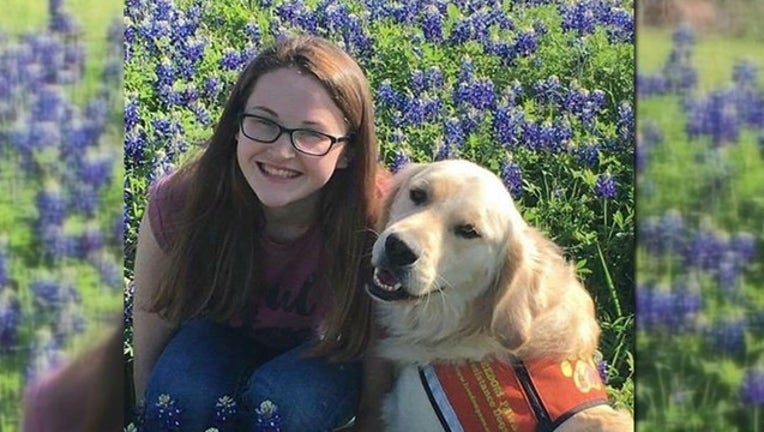 QUINLAN, Texas - The reward has grown now to $6,000 for information about who killed a girl's service dog in Hunt County.

Journey was trained to warn her 15-year-old owner, Hannah Westmoreland, when she's going into diabetic shock. Her local community in Quinlan spent more than a year raising money so Hannah’s mom could buy the service dog for more than $10,000.

Journey was shot and killed on January 13 in Hannah’s yard. The family has a fence in the back, but they said the gate was open for some reason. They also say they heard four-wheelers nearby, but they did not hear any shots.

Anyone with information is urged to contact Hunt County Crime Stoppers at 903-457-2929.