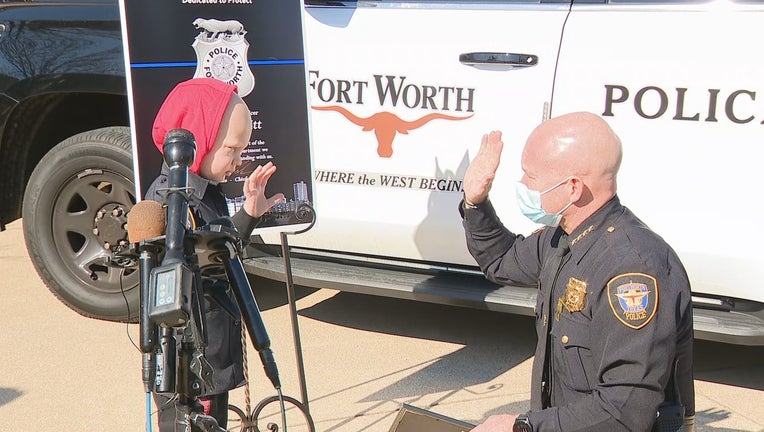 FORT WORTH, Texas - A 6-year-old boy who is battling brain cancer is an honorary Fort Worth police officer.

Rylan Pruitt’s mother said he loves anything with a siren and has always been a fan of police.

He met Fort Worth PD Chief Neil Noakes and other officers on Wednesday.

His mom said it’s something he’s been looking forward to.

"Just the support that Texas has for its community is overwhelming. Like, I don’t know how to describe it. I’ve grown up here and I would never go anywhere else," said Marisa Pruitt.

Rylan’s fight with brain cancer started last year. The cancer has since spread to his spine.

Friends helped him celebrate his birthday two weeks ago with a drive-by parade featuring more than 1,000 vehicles.