DALLAS - Welcome to 4 to Watch, where each week we preview four of the top high school football games in DFW. 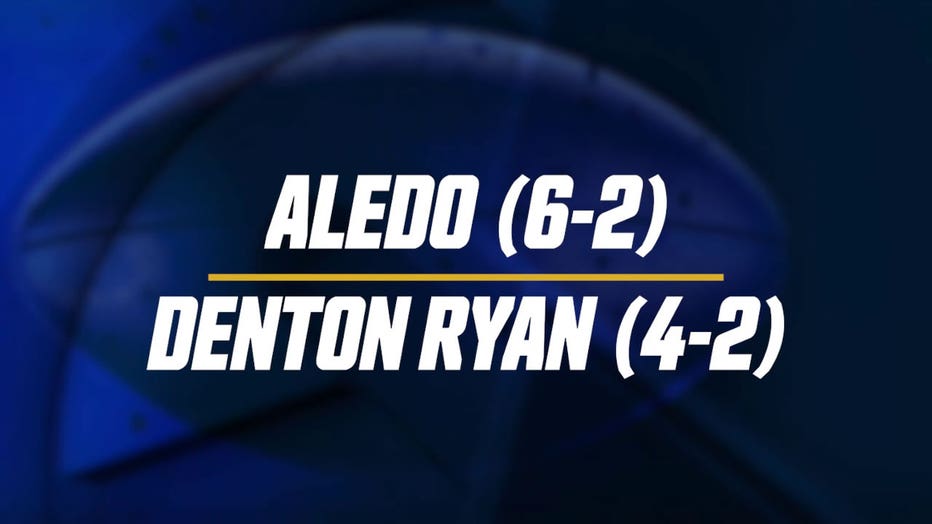 Game #1 is Aledo at Denton Ryan: a game that's been circled all season.

With realignment, these two powerhouse programs wound up in the same district in 5A Division 1-District 3.

The Ryan Raiders had not lost a district game in over seven seasons before having their 52-game winning streak snapped two weeks ago by Burleson Centennial.

The Bearcats can just about wrap up the district title with a win.

If the Raiders win, we'll have a three-way tie between Ryan, Aledo and Centennial for first place in the district. 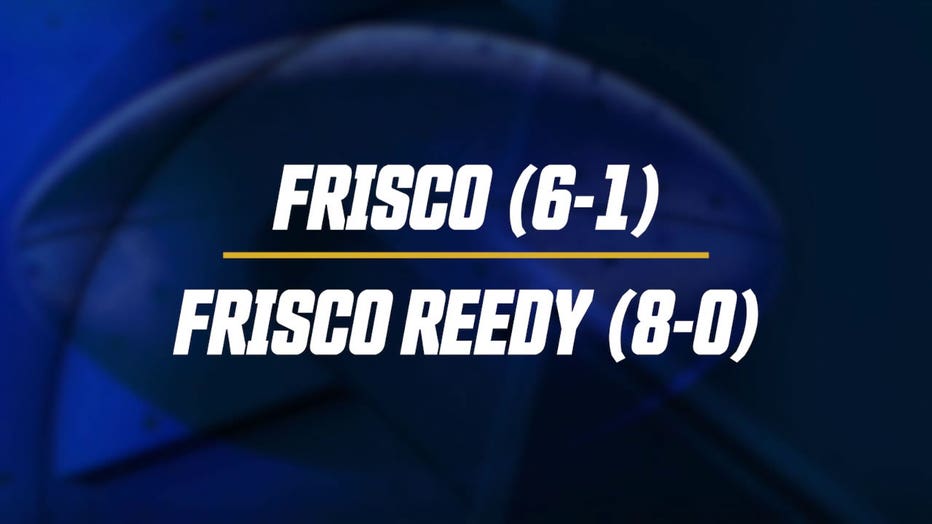 Game #2 is Frisco at Frisco Reedy, another great 5A - Division 1 showdown. Both teams are undefeated in District 6.

Reedy is the ranked team, sitting at a perfect 8-0.

But the Raccoons are the program more accustomed to this type of winning with 33 playoff appearances to Reedy's four. So this is definitely a measuring stick game for Reedy.

Frisco ISD has never had a football state champion. Maybe one of these teams will make sure this is the last fall that can be said. 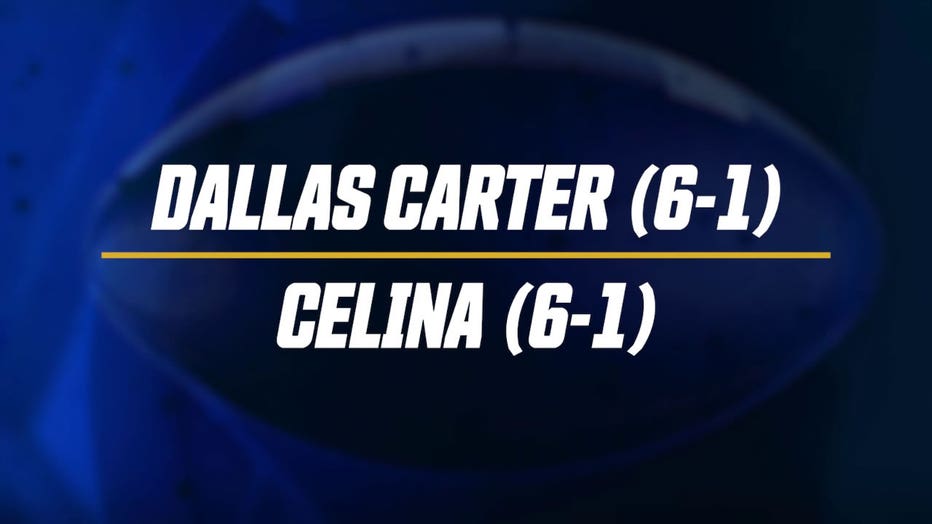 For these two teams, this game could determine who wins the District 7 title. Both squads are 6-1 overall and 3-0 in the district.

The Bobcats have been dominant with their only loss coming by three points to Anna.

Dallas Carter has been more of a surprise.

And what if the Cowboys could be this year's version of South Oak Cliff for Dallas ISD? We'll see what type of statement Carter can make Friday night. 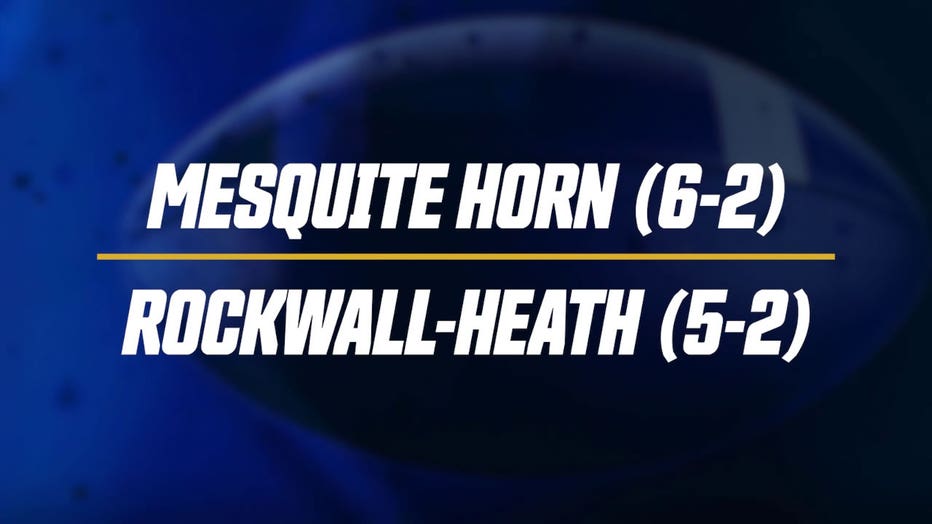 And game #4, we wrap up with a 6A matchup: Mesquite Horn at Rockwall-Heath.

These two teams are essentially duking it out for a second place in District 10.

The Horn Jaguars were down two at half last week only to blank Tyler Legacy in the second half and win by eight.

For Heath, Peyton Wingfield has been a big producer at receiver racking up 588 yards and four touchdowns.

This game easily could come down to the wire.