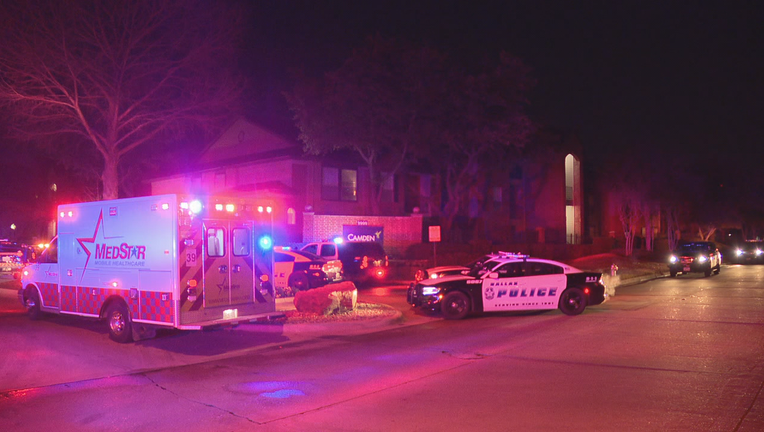 DALLAS - Police say six juveniles were involved in a carjacking and chase that took officers from Dallas to Fort Worth early Saturday morning.

Four juveniles were taken into custody, and police are still working to find two others.

This started just before 12:15 a.m., when a driver told police his Ford Escape was taken at gunpoint.

Officers spotted the SUV near Zang Boulevard in South Dallas.

The driver fled from police, who said speeds reached 100 miles per hour as officers chased the SUV through Irving, Grand Prairie, and Fort Worth.

Those inside the stolen SUV fled on foot, and officers were able to catch four of them. Two remain at-large, according to police.

Police also said multiple weapons, including guns, were recovered at the scene.