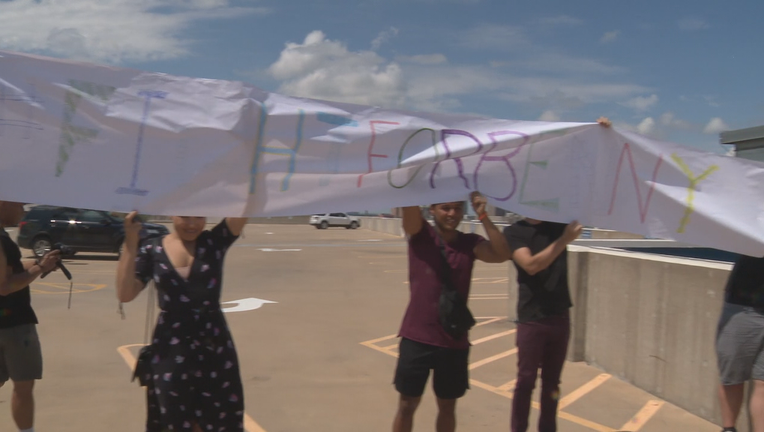 FORT WORTH, Texas - A 3-year-old cancer patient in Fort Worth was surprised with signs of support outside his hospital window on Sunday.

Benjamin Acosta, also known as Benny, is going through a stem cell transplant, which means he's forced to be in isolation.

So the non-profit Campaign One at a Time helped show him some love by holding up homemade signs for him.

The organization's goal is to ensure no child battling severe illness ever feels alone.

More than that, volunteers are selling Fight for Benny bracelets to raise $10,000 to send him to Florida when he gets out of isolation.

"He's a big cars fan, Lightning McQueen, so we've got a few cars toys in the car for him and we're hoping to send him and his family to Disney in a couple months," said Brodi Nicholas, CEO and founder of Campaign One at a Time.

Campaign One at a Time sponsors one child a month in a different city.

If they can't see them in person, volunteers will do things like send meals or care packages while they're in the hospital.