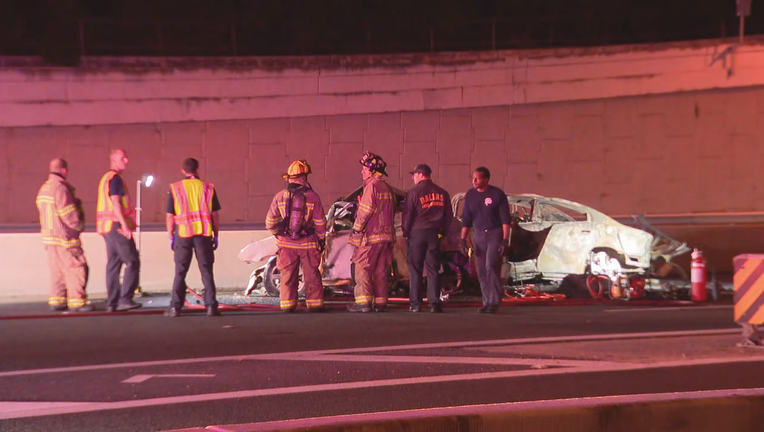 DALLAS - A portion of the Dallas North Tollway was closed for some time Sunday morning because of a fiery crash that killed three people in North Dallas.

According to the Texas Department of Public Safety, the crash happened just before 3 a.m. after police got several 911 calls about a wrong-way driver in the northbound lanes of the Dallas North Tollway.

The driver of a 2013 Dodge Charger crashed head-on into another car just south of Interstate 635, near Harvest Hill Road. Both vehicles burst into flames.

Firefighters were able to put out the flames but three bodies were found inside the vehicles.

The victim in the other car was identified as 36-year-old Rafael Ethridge from Addison.

DPS is still investigating the crash.