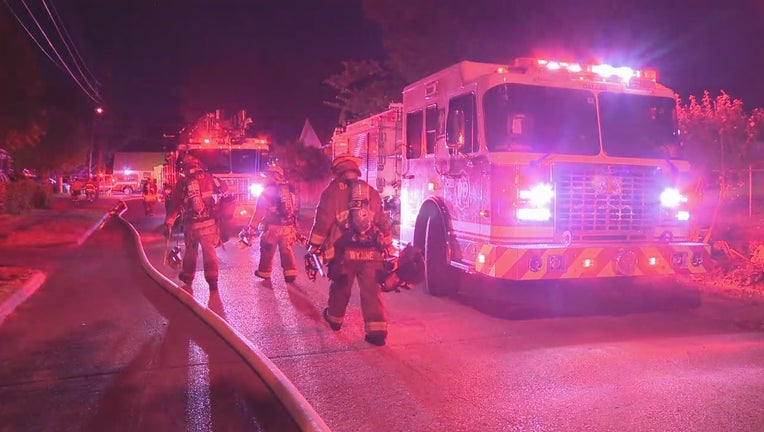 DALLAS - Three firefighters were injured while battling an overnight fire at a northwest Dallas home.

According to Dallas Fire-Rescue, the fire started around midnight near Harry Hines Boulevard and Mockingbird Lane. By the time firefighters arrived, there was heavy smoke coming from the front and side of the small house.

Firefighters tried to enter to battle the flames but were immediately overcome by the extreme heat.

One firefighter became trapped and had to pulled out of the house. A total of three firefighters were taken to the hospital for burns, but all are expected to be okay.

A woman who was home when the fire began was able to escape without any injuries. Police later arrested her after she admitted to intentionally starting the fire with a cigarette.