FORT WORTH, Texas - Fort Worth police have made three arrests in connection with the Mother’s Day shooting at a crowded park.

Police said about 400 people were gathered in the Village Creek Park, near Highway 287 and Wilbarger Street.

They were ignoring social distancing guidelines, and officers were there trying to break up the large crowd.

Someone started shooting, and gunshots could be heard on the dash cam video as people ran for cover.

The shooting left five people injured, two of which were critically injured.

Members of Fort Worth PD’s Gang Unit were able to identify several suspects, and police made three arrests in connection with the shooting. 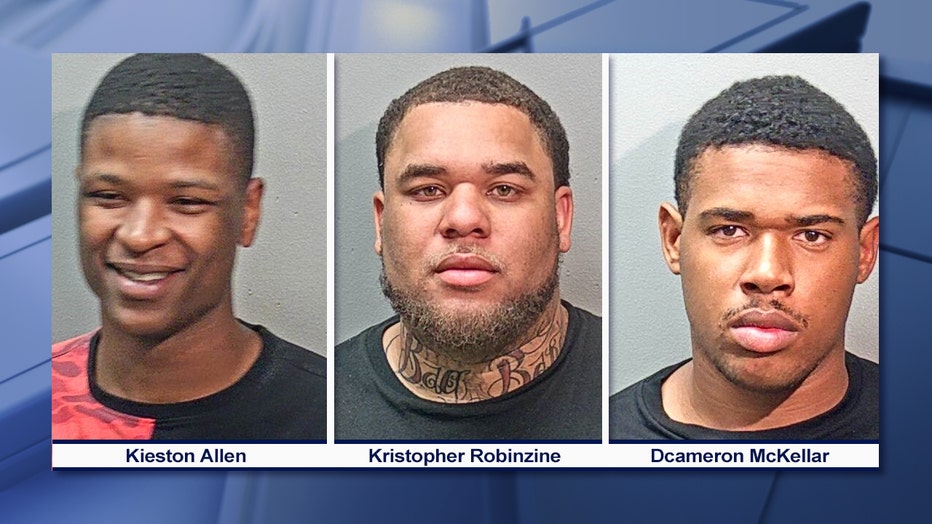 Dcameron McKellar, 21, and Kristopher Robinzine, 26, were charged with aggravated assault with a deadly weapon, while Kieston Allen, 20, was arrested on a terroristic threat charge.