Police are investigating if this could be a murder-suicide and don't believe there is any threat to people who live in the area.

AZLE, Texas - Three adults were found dead in a home near Eagle Mountain Lake in northwest Tarrant County Monday afternoon. Investigators are still trying to figure out what happened to them.

The Tarrant County Sheriff’s Office said it got a call Monday afternoon from a concerned family member who wanted deputies to check on a house in the 1500 block of Red Oak Circle near Azle. The caller hadn’t heard from anyone in the home in over 24 hours.

Deputies went to the home around 5 p.m. and found two men and a woman dead on the floor with gunshot wounds.

At this point, investigators are still trying to determine who shot the victims and why but said they don’t believe there is any danger to the public. They haven’t ruled out a possible murder-suicide.

“We’re letting our crime scene and our investigations division do their job and then we’ll determine cause of death and where we go from there,” said David McClelland, the chief of staff for the sheriff’s office. 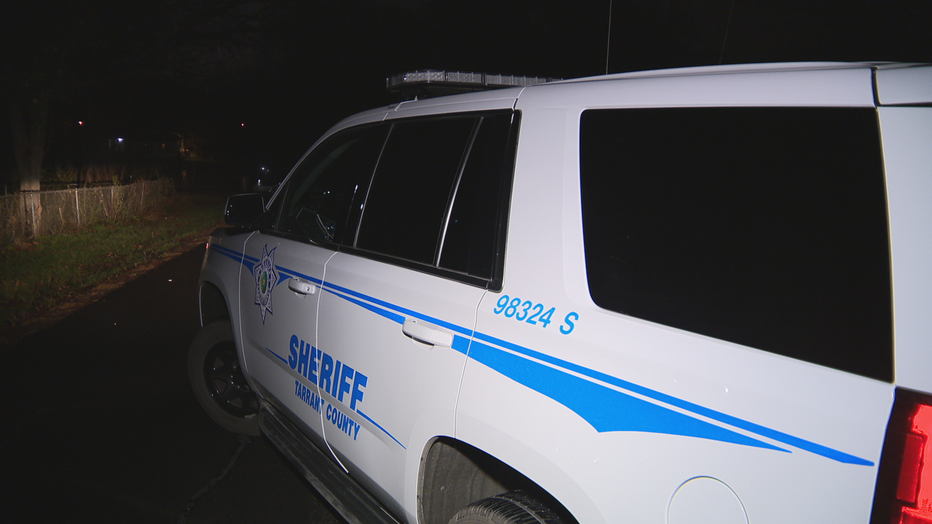 Investigators were at the home for several hours Monday night collecting evidence and interviewing family members.

"We're not leaving anything to chance. What it looks like might not be what it turns out to be," McClelland said.

The Tarrant County Sheriff’s Office is leading the investigation with help from the Texas Rangers.

The names of the victims have not yet been released. It’s not clear if they were related.