2-year-old killed, 3 others seriously injured after being hit by 19-year-old suspected drunk driver

A 2-year-old girl is dead, a 3-year-old boy is hospitalized, and their parents are also seriously injured after being struck by a 19-year-old suspected drunk driver.

GARLAND, Texas - A 2-year-old girl is dead, a 3-year-old boy is hospitalized, and their parents are also seriously injured after being struck by a 19-year-old suspected drunk driver.

This incident started just after 10:30 p.m. Saturday, when a Garland PD officer tried to pull over a suspected drunk driver behind the wheel of a black Nissan.

The officer reported the driver, identified as 19-year-old Adrian Maldonado, ran a red light at a high rate of speed while southbound on Broadway Boulevard, at Oates Road.

While the officer tried to pull the vehicle over, Maldonado reportedly ran another red light at Duck Creek.

The officer then called for assistance, and the DPS helicopter started following the vehicle while officers chased after the driver.

Police said Maldonado reached speeds of 100 miles per hour while on I-635, and he also turned off the vehicle’s headlights.

For safety reasons, officers stopped chasing after the vehicle, but the DPS helicopter continued following.

"Our officer decided to create some space and slow down, hoping that by creating a situation where the suspect no longer saw the police vehicles behind him, he would slow down. However, the driving habits did not change," Pedro Barineau, with Garland PD.

Maldonado then got off I-635, and ran another red light while turning onto westbound Northwest Highway. 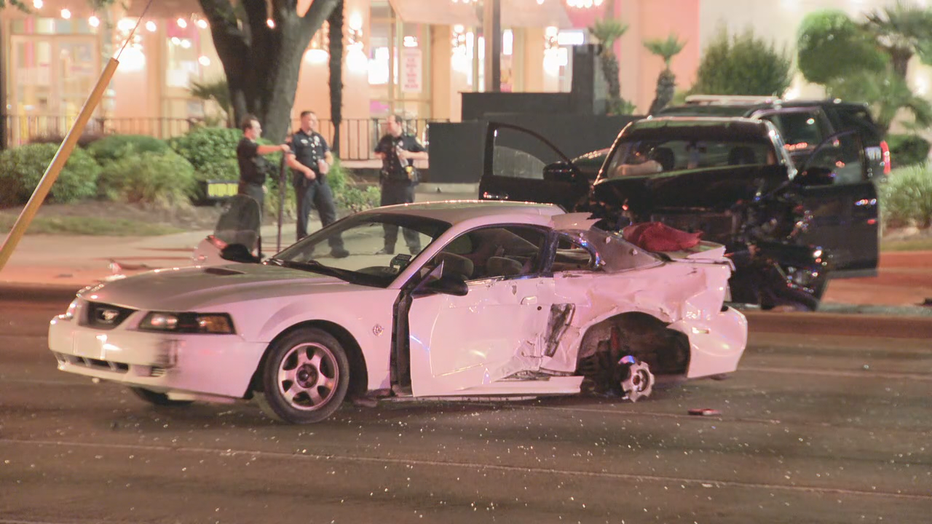 As he was approaching Shiloh Road, a white Ford Mustang was going through the intersection.

Maldonado ran the red light and struck the Mustang. The DPS helicopter contacted police on the ground, who then arrived on scene.

There were four people inside the Mustang, two adults and two children.

A 2-year-old girl was ejected and later pronounced dead. The two adults were seriously injured, along with a 3-year-old boy.

All three are in critical condition.

Maldonado and a passenger in the Nissan, identified as 19-year-old Denise Vivas, fled on foot, but were later arrested with help from the DPS helicopter. 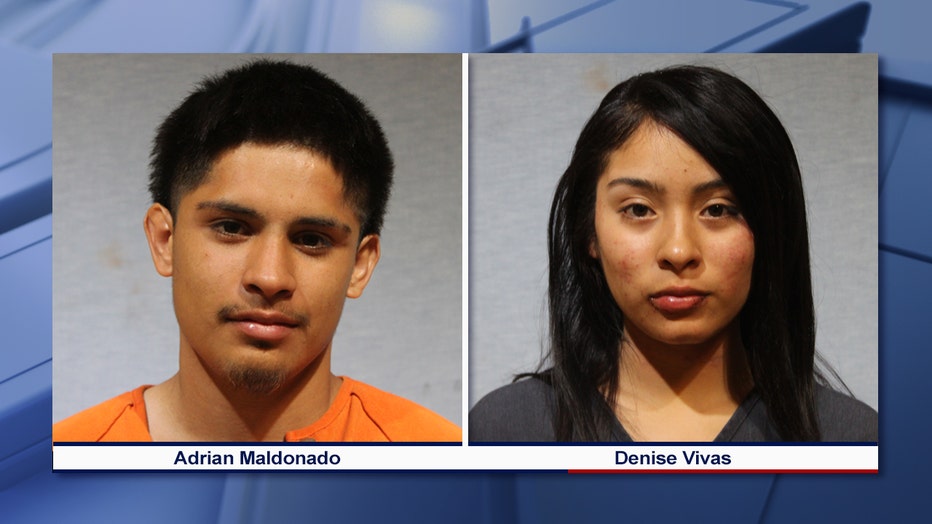 Police said Maldonado also had a probation violation warrant for burglary of a habitation in Dallas County.