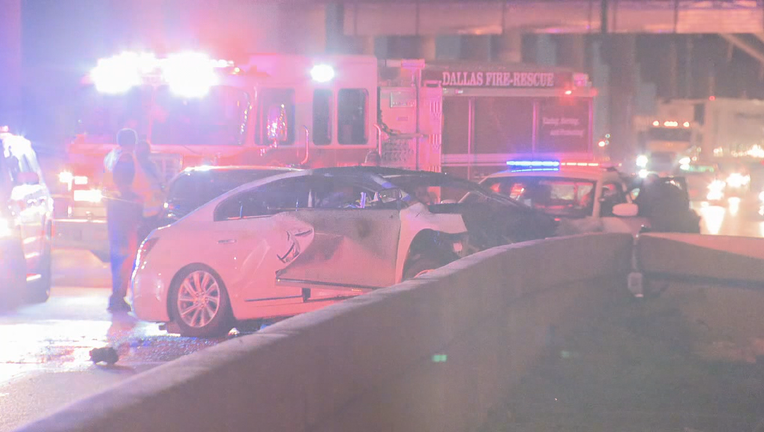 DALLAS - Two people were killed in a crash along Loop 12 Walton Walker and I-35 in Dallas early Saturday morning.

The wreck happened at 3 a.m., when Dallas County Sheriff's Office deputies said a car burst into flames after the driver lost control and crashed into a concrete barrier.

Both the driver and passenger were killed.

The names of those involved have not been released.

Deputies said it appeared the driver was on Walton Walker, when they tried to cut across, but struck a barrier splitting I-35 and Walton Walker.