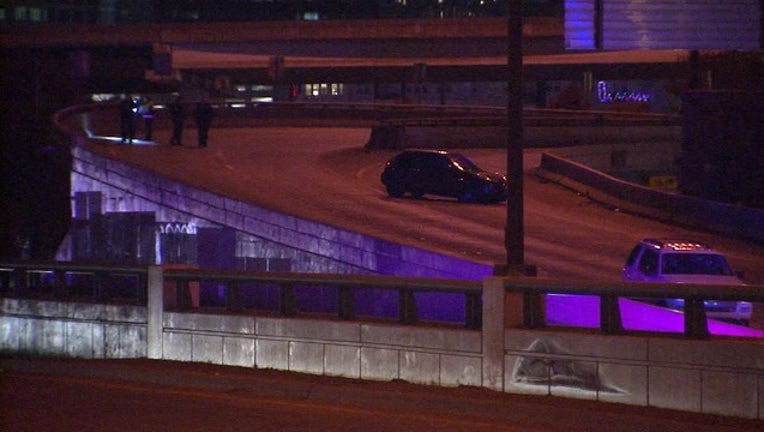 Police said the driver of a Porsche was speeding to get to Hwy. 75. He lost control trying to make the left curve on the freeway ramp, sideswiped a Nissan, hit the wall and flew off the ramp.

The driver of the Porsche and his passenger both died at the scene.

The Nissan also hit the wall. That driver and a 3-month-old baby in the car were both taken to the hospital to be checked out.