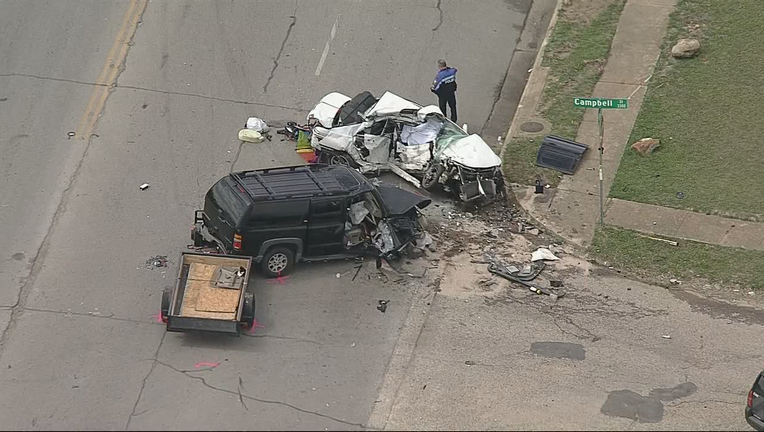 FORT WORTH, Texas - Two people are dead and two are hospitalized in serious condition after a crash in Fort Worth Wednesday morning.

The wreck happened just after 11 a.m., near E. Berry and Campbell streets.

A white car and dark SUV crashed, leaving two dead. Police said two others were taken to a local hospital in serious condition.

No further details have been released about the crash as police continue their investigation.