2 charter schools close due to recycling plant fire in Waxahachie

Air quality officials said there is little to worry about after a fire at a Waxahachie recycling plant burned throughout the day after starting&nbsp;early Wednesday morning.

WAXAHACHIE, Texas - Air quality officials said there is little to worry about after a fire at a Waxahachie recycling plant burned throughout the day after starting early Wednesday morning.

Though, the heavy smoke and flames forced two nearby schools to cancel classes.

This is the fourth fire at the Oak Cliff Metals plant in recent memory, according to the Waxahachie fire chief.

Debris was smoldering all day Wednesday. Fire crews will remain on scene into the night to make sure another fire doesn’t start.

“When we got there, the fire was very large. Probably bigger than a football field in size. They have piles of up to 30 feet tall,” Waxahachie Fire Chief Ricky Boyd said. 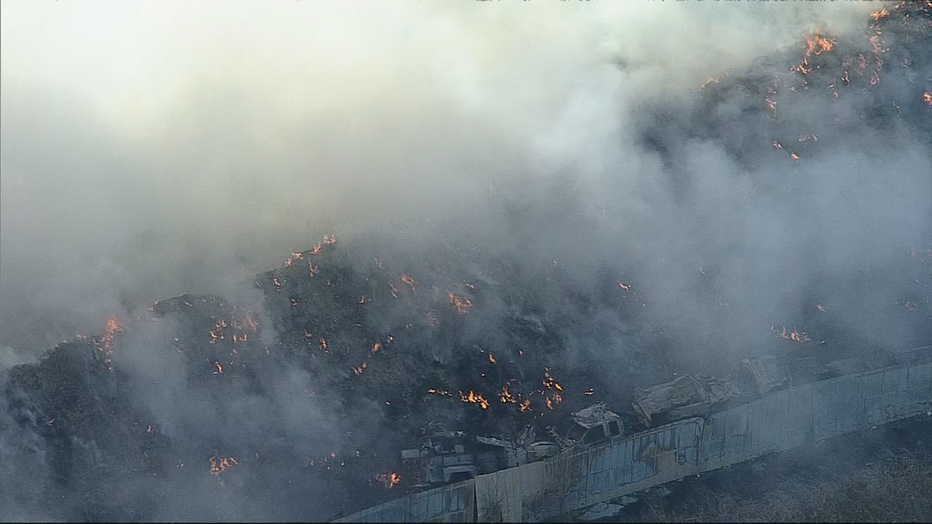 People living near the plant got an early wake up call Wednesday.

James Martinez was one of them.

He said his children woke him up when they saw the fire.

“I was like, whatever, because it has happened before. I got up and it was like, boom, and explosions and stuff,” Martinez recalled.

The plant caught fire before sunrise, before 4:30 a.m. Heavy black smoke filled the air all morning.

“Unfortunately, we have had four major fires there, one lasted 19 hours,” Boyd said. “We've already been on this fire in the neighborhood of 11 hours [Wednesday].” 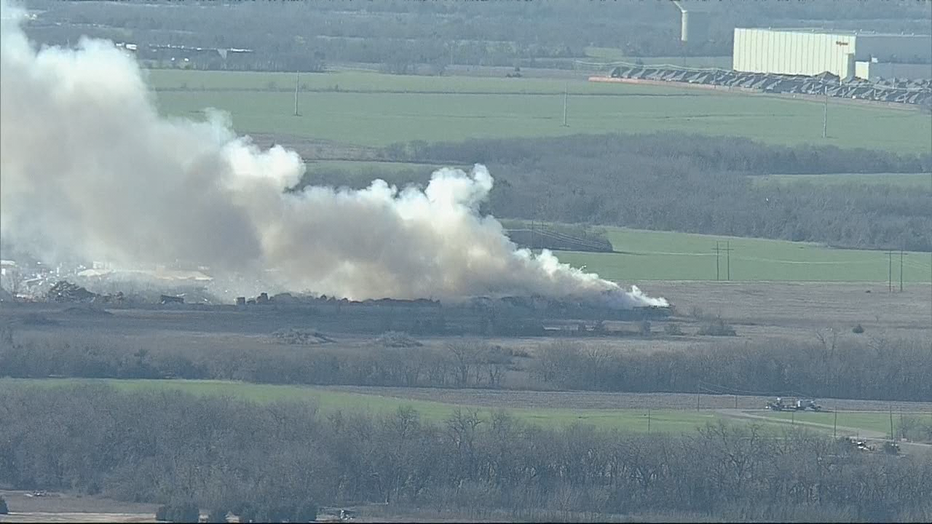 Because of air quality concerns, nearby Life Middle School and Life High School were closed.

The fire chief said the EPA did not deem the air quality unsafe, but said it could cause some temporary irritation.

No one was injured, but some who live nearby said fires at this plant are happening too often.

“That's hazardous man, that smoke,” Martinez added. “They need to slow down or something.”

Chief Boyd said someone is supposed to be keeping watch at the plant overnight, and he feels his department didn't get a call early enough.

“Supposed to have a night watchman there. I don't know what the status of his occupation was last night,” Boyd said.

The two schools that were closed will be back open for final exams Thursday. 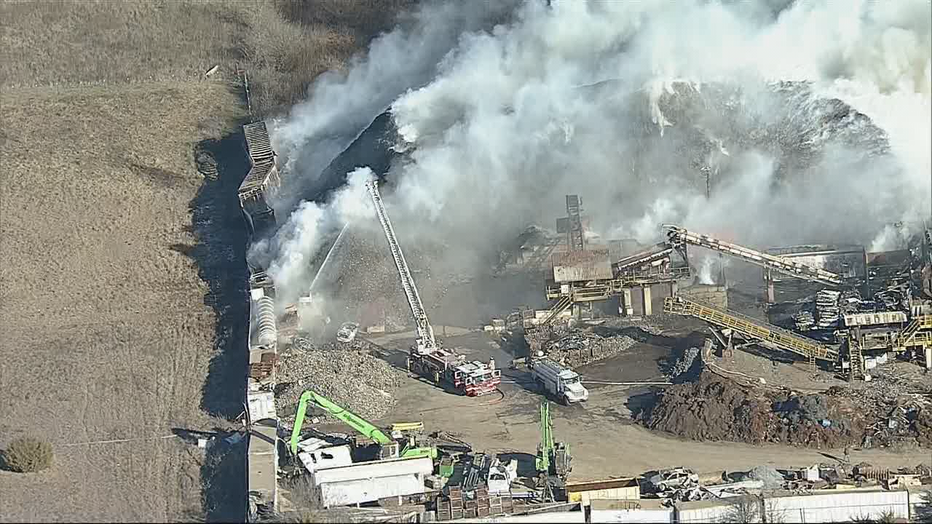