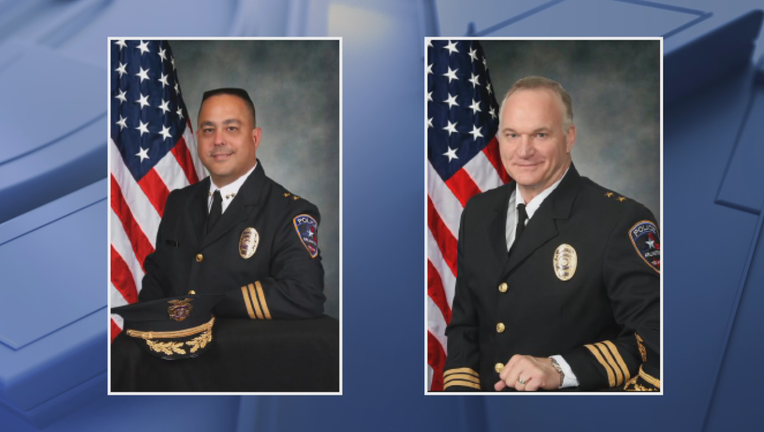 ARLINGTON, Texas - While the city of Arlington looks for a new police chief, the two top commanders will share the duties.

“Chiefs Ayala and Kolbye are experienced and knowledgeable leaders ⁠— both with a strong background in all areas of police operations⁠ — and will serve our community well,” said City Manager Trey Yelverton.

Chief Will Johnson is retiring to become the next police chief of BNSF Railroad.

Johnson, a 23-year veteran law enforcement officer, has been the Arlington Police Department’s chief since 2013.

His replacement will be named by the city manager after a national search. That’s expected to happen by September.