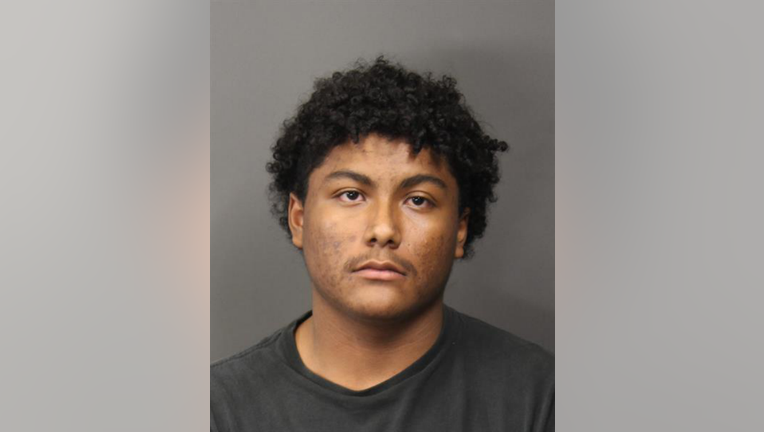 BAYTOWN, Texas - Authorities have a teen behind bars in connection with a shooting in early December that claimed another teenager's life.

According to police, it happened on Tuesday, December 7, 2021, around 4:45 p.m. when Marvin Marte, 19, of Baytown, and two other unidentified teenage boys were driving in the 500 block of Massey Tompkins.

Marte and his friends pulled their car over to confront another teen, Andres Bueno, and his unidentified friend, who were walking along Hartman St. near the drainage ditch. We're told a verbal argument ensued that resulted in a physical fight before shots were fired. Police say the three teens, including Marte, took off in their car after one of them was shot.

Meanwhile, Bueno and his unidentified friend were left behind until the authorities arrived. His friend was flown via Life Flight to Memorial Hermann Hospital in Houston, where he is said to be in stable condition. However, Bueno succumbed to his injuries, despite officers taking lifesaving measures, and was pronounced dead at the scene.

Marte was arrested on Wednesday around 5:45 p.m. for Bueno's murder and taken into custody without incident. The 19-year-old is currently held on a $100,000 bond.

An investigation remains underway to track down the others involved, and Baytown PD is urging anyone with helpful information to reach out by calling 281-422-8371 or leave a tip with Baytown Crime Stoppers at 281-427-TIPS