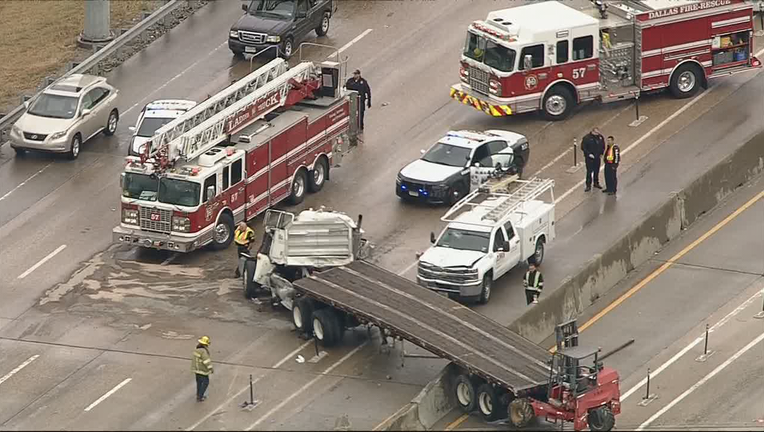 DALLAS - The driver of an 18-wheeler was taken to the hospital after a major crash on the LBJ Freeway Friday morning.

The accident happened around 10 a.m. on Interstate 635 near the Plano Road exit.

The rig hauling a flatbed trailer traveling westbound obliterated the median wall and ended up blocking both the west and southbound lanes.

The crash caused significant damage to the concrete barrier. Crews are also still working to clear the truck and debris from the roadway.

Drivers should expect limited access through the area for the majority of the day.

There were no details released about the driver's condition. 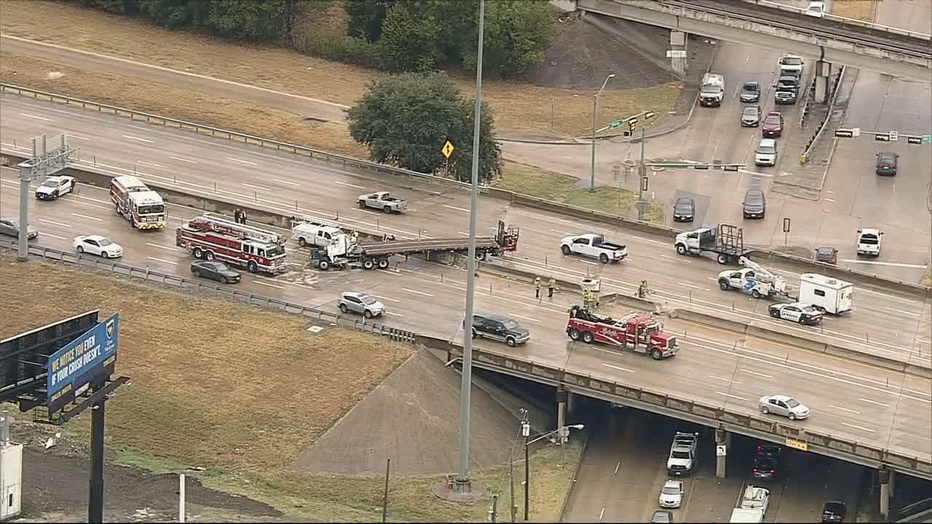 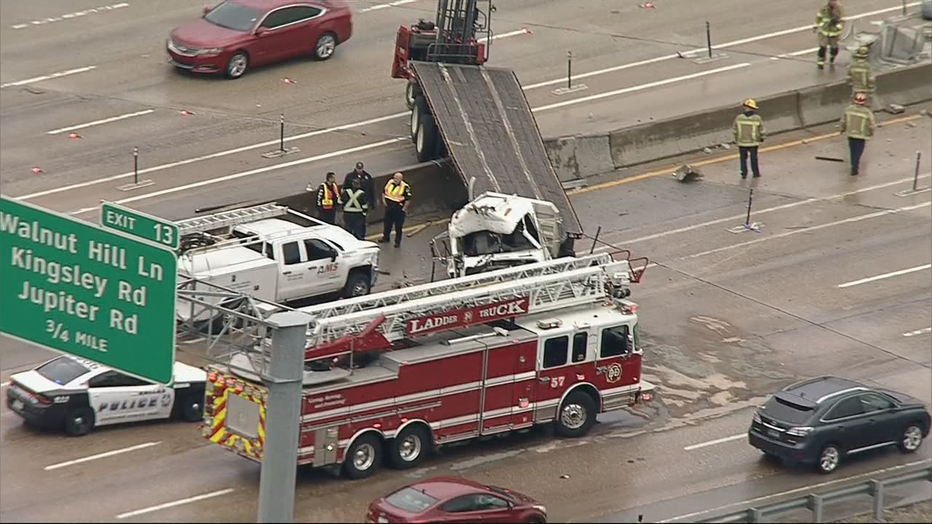 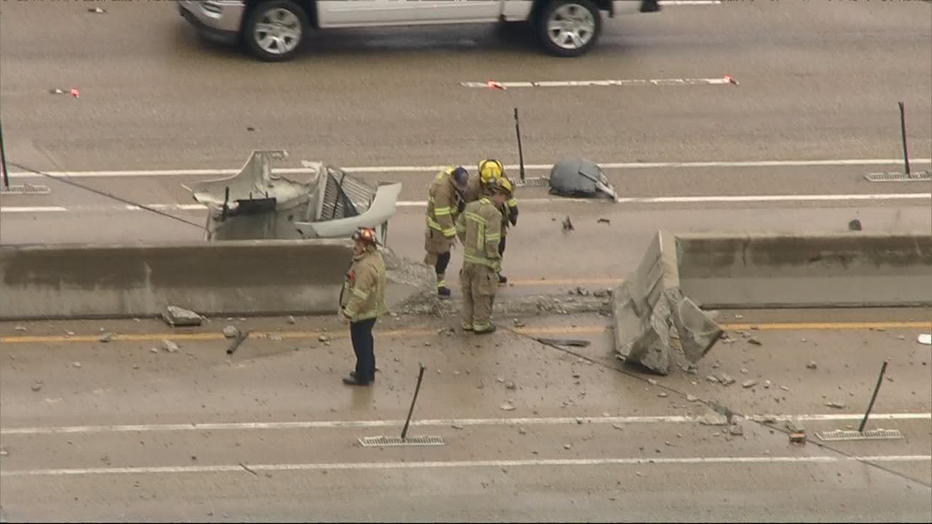