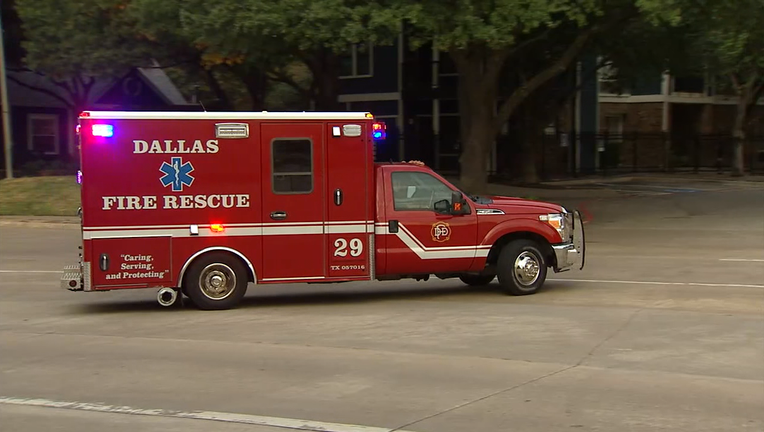 DALLAS - One teenager is dead and another is facing manslaughter charges following a rollover crash that also injured two Dallas paramedics Sunday morning.

Dallas Fire-Rescue said the crash happened around 6 a.m. near the intersection of Scyene Road and Glover Pass in southeast Dallas.

According to the accident report, an ambulance crew had just picked up a patient for a medical emergency. They were taking the patient to the hospital when they were hit by another vehicle.

The 15-year-old boy who was driving the other vehicle was allegedly speeding and lost control. The vehicle started sliding and then flipped after hitting a sign, bus stop bench and the ambulance, the report states.

A 16-year-old female passenger in the back of the vehicle died in the crash. Her name has not yet been released.

The teenage driver and another 16-year-old who was sitting in the front seat were taken to the hospital. The passenger has serious injuries, according to the report.

The DFR driver and the paramedic who was tending to the patient in the back of the ambulance were also taken to the hospital with minor injuries.

Their patient wasn’t hurt in the crash but still taken to the hospital for a medical emergency.

The teenage driver is now facing charges for manslaughter and assault. His name will not be released because he is a minor.

The crash is still under investigation.