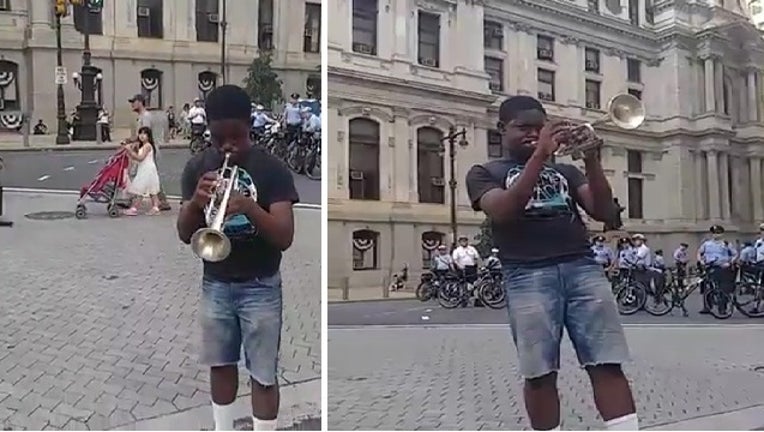 Video of his uplifting performance was shared on the department's Facebook page.

Well as you can imagine, the crowd says you could have heard a pin drop as young Brandon Combs played the National Anthem.

The 15-year-old says he's a big supporter of the police and wanted to play for them.

Keep up the good work Brandon!