If your vehicle registration has expired and you haven't renewed, the time to get that done will be up soon.

DALLAS - If your vehicle registration has expired and you haven't renewed, the time to get that done will be up soon.

The clock is ticking, as Texans have 90 days to get their vehicle registration renewed.

Local tax assessors said there's plenty of way to get it done in time.

At the new South Dallas government center, people are getting their expired vehicle registrations renewed before the grace period ends in 90 days.

"I just sort of forgot, because with COVID and stuff, I don't really drive that car no more, so I forgot about it," Sherita Haggerty said.

Haggerty is one of an estimated 1 million drivers in North Texas with an overdue registration.

Governor Greg Abbott issued a temporary waiver on March 16 of last year due to the pandemic. 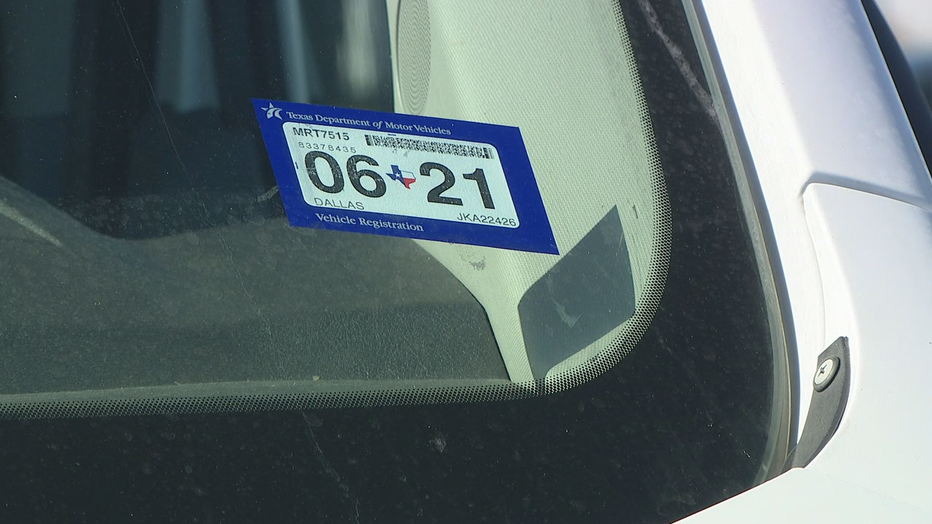 Local tax officials are making a public push to get drivers back on track.

"There's a three-step process. One is to determine your original vehicle registration sticker due date," said John Ames, who is a Dallas County tax assessor collector.

Depending on when the registration expired, and how old the vehicle inspection report is, drivers may be able to renew online or at a neighborhood location, such as a grocery store.

For those whose registration is more than nine months overdue, there are several options.

"They can do it by mail, drop box, or see us and receive service with a smile," Ames explained.

Although, with social distancing requirements, the in-person option could take extra time.

Counties get $10 from registration fees for specific road improvement projects.

Folks who don't get their overdue registration sticker renewed by April 13 could face financial consequences.

"Just like you would before the waiver, if you're caught driving with an expired registration you'll be pulled over and ticketed," Ames said.

Jerry Tolbert got his taken care of Wednesday morning.

"It just really helped a lot that if you did get stopped by the police or whatever, you had leeway not to get a ticket," he said.

Tolbert and others who go their registrations renewed at the South Dallas government center said they got in and out in just five minutes on Wednesday.

Click here for more details on how and where to renew.