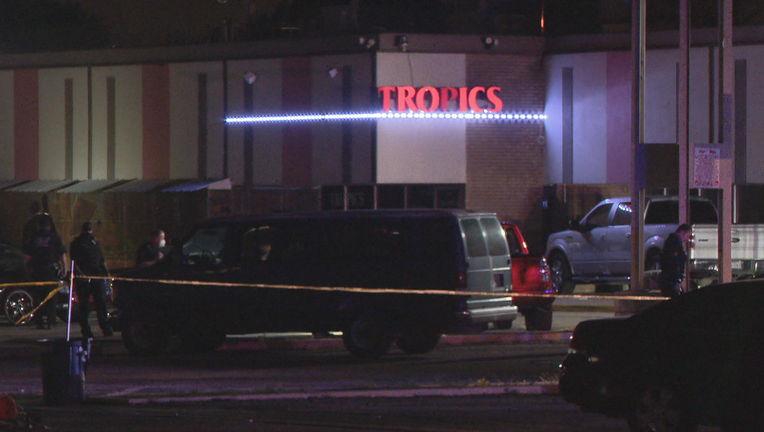 DALLAS - One person was killed and another injured in a shooting outside a nightclub in far east Dallas.

Police said there was a fight in the parking lot at the Tropics Nightclub on Dilido Road near Interstate 30 and Buckner Boulevard.

A man reportedly pulled out a gun just before 2 a.m. Monday and started shooting.

Two people were hit. Both were taken to the hospital where one later died. There’s no word on the second victim’s condition.

The suspect has not yet been arrested.