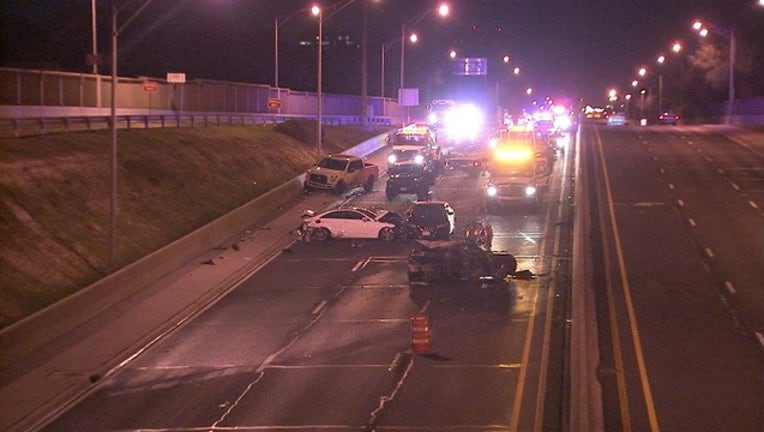 DALLAS - One person died Wednesday night in a fiery accident on the Dallas North Tollway.

At least 5 vehicles were involved in the crash that happened around 10 p.m. on the northbound side of the tollway near Walnut Hill Lane.

Police said at the time traffic was slowing down because of construction on the tollway. But for some reason, the driver of a Mercedes Benz did not slow down.

The Mercedes slammed into two pickup trucks and two cars. At least one of the vehicles caught fire.

One person was rushed to Parkland Hospital and did not survive. It's not yet clear which vehicle that person was in.

Traffic was backed up on the tollway for nearly six hours because of the investigation. It re-opened early Thursday morning.