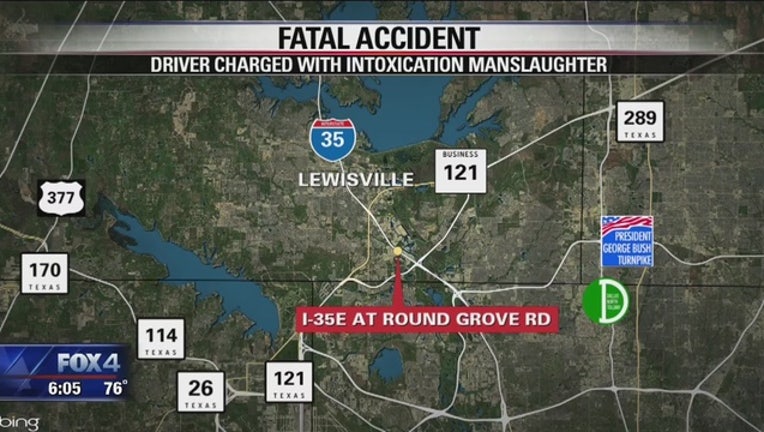 LEWISVILLE, Texas - A suspected drunken driver was arrested after a fatal accident in Lewisville.

The crash happened on Interstate 35 near Grove Road. Witnesses told police the driver of an SUV was being reckless and hit a barrier, causing the vehicle to flip

The driver suffered minor injuries and his passenger was killed.

Police arrested the driver, who was identified as Nelson Paz. His passenger’s identity has not yet been released.