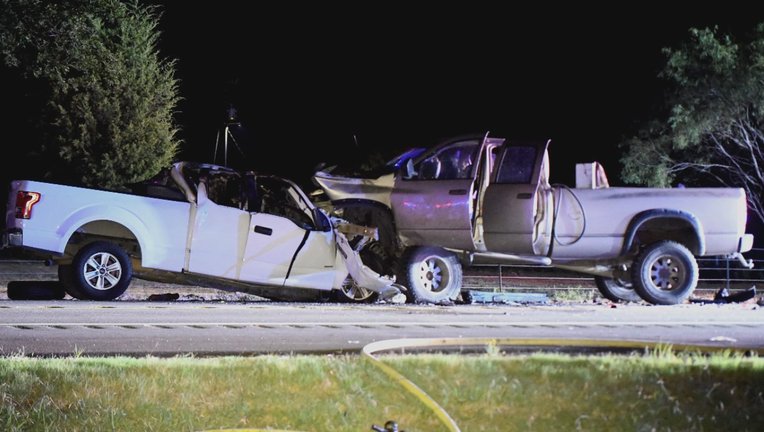 KEMP, Texas - A 53-year-old man is dead and two others were injured after a fiery wrong-way crash in Kaufman County Friday night.

Authorities said the crash happened just after 10 p.m., when the driver of a Ford F-150 was northbound on Highway 274, near Kemp.

The truck then veered into the southbound lane and crashed into a Dodge Ram pick-up, injuring a father and his 15-year-old daughter.

They suffered non-life threatening injuries, while the driver of the F-150, identified as John Allen, of Crossroads, was pronounced dead at the scene.