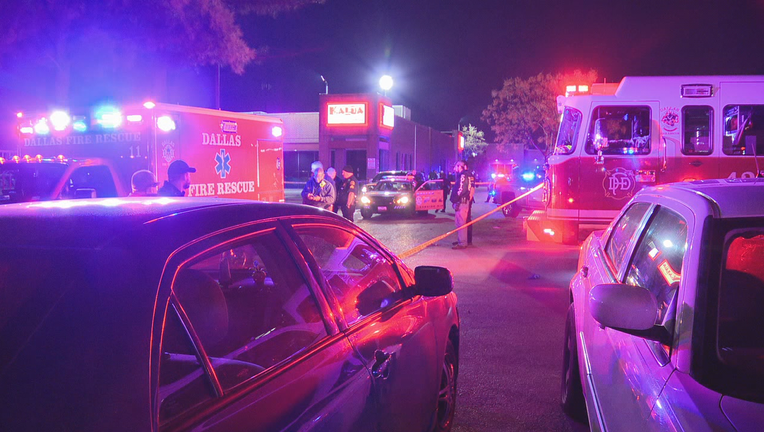 DALLAS - One person is dead and another was seriously injured after a shooting early Sunday morning outside a club in Northwest Dallas.

The shooting happened just before 3:45 a.m., in the parking lot of Kalua Discotheque, located in the 2400 block of Northwest Highway.

Police said a vehicle pulled into a parking lot, a man got out, and he opened fire on a group standing in the area.

One person was killed and another was shot several times in the leg.

The vehicle then fled the scene.

Police are looking into whether a stabbing at the club earlier in the evening is connected to the shooting.

The stabbing victim was also seriously injured, but expected to survive.