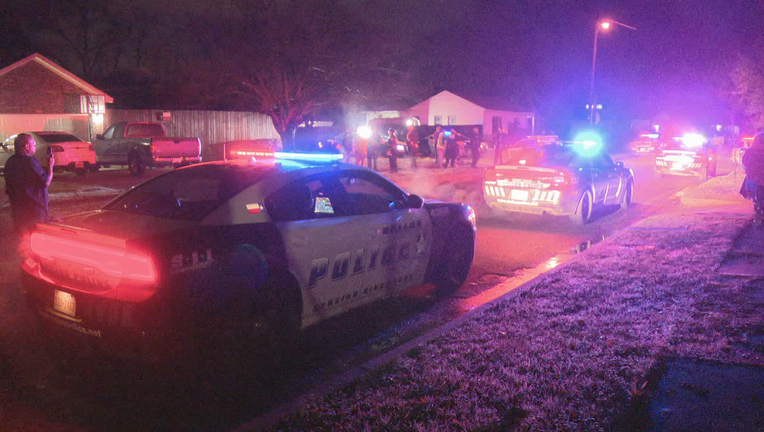 DALLAS - One person is dead and another is in critical condition after Dallas police said the shooter went to a neighbor’s house and opened fire.

Police say the double shooting happened just after 1:30 a.m. on Sunday, in the 1400 block of Whitley Drive in Southeast Dallas.

One victim was found dead at the scene. Another person with a gunshot wound was taken to a hospital in critical condition.

Police said this may have been caused by a possible dispute, but no one knows why the neighbor went over and opened fire.

Police are still looking for the shooter, and Air One was called in to assist immediately after the shooting.

The suspect's name has not been released.