TEXAS - As the state’s housing market rages, Texas homeowners will get a slight break on their property tax bills after voters overwhelmingly passed a pair of statewide ballot measures Saturday.

Voters approved two propositions intended to lower property taxes for homeowners by decisive margins — one aimed at older and disabled Texans and another that would provide modest relief for homeowners across the board.

Texas’ high property taxes have once again taken center stage amid the state’s real estate market explosion. Home values in the state’s major metropolitan areas have surged by double digits, prompting homeowners to fret that they will see a similar rise in their property tax bills — though those don’t necessarily go hand in hand.

Proposition 1, a measure to essentially cut school district property taxes for homeowners who are 65 and older or disabled, passed by a wide margin, according to Decision Desk.

The vast majority of voters also approved Proposition 2, to raise the state’s homestead exemption — the dollar amount of a home’s value that’s exempt from taxation by school districts — from $25,000 to $40,000. The owner of an average Texas home, worth about $300,000, will save around $175 in savings on their annual property tax bill, Republican state Sen. Paul Bettencourt of Houston, the proposal’s author, has said.

"It's great to see the voters of Texas vote overwhelmingly for property tax relief," Bettencourt said Saturday. "They're recognizing the obvious, that Texas homesteads need it."

The projected savings under Proposition 2 are merely a sliver of any given homeowner’s property tax bill.

"It’s not that meaningful," said Chandra Kring Villanueva, a program director at the left-leaning nonprofit organization Every Texan who focuses on school finance. "What it’s really doing is slowing the growth of the school tax bill rather than seeing an actual savings for the majority of homeowners." 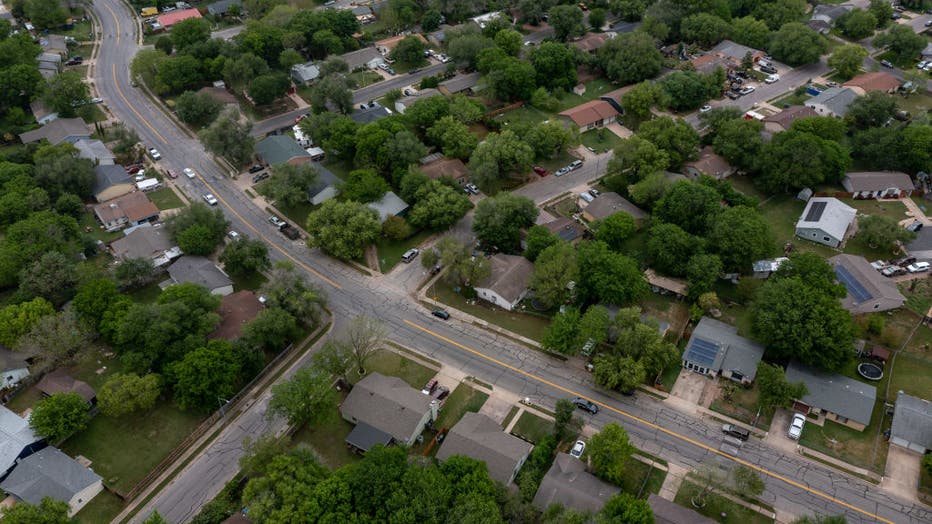 Homes in the Dove Springs neighborhood of Austin, Texas, U.S., on Wednesday, April 20, 2022. The booming Texas capital's efforts to revise its land development code and build more affordable housing have been thwarted by protests from homeowners. Pho

State lawmakers are trying to find other ways to lower property taxes or at least slow down their growth — a pet issue for Texas Republicans. Lt. Gov. Dan Patrick has asked a state Senate committee chaired by Bettencourt to look into property tax reform measures or cuts ahead of the Texas Legislature’s next session in January.

"I expect there's going to be more done, obviously, than this," Bettencourt said. "But the good news is no matter what, that's $175 in people's pockets in perpetuity."

Texas homeowners’ property tax bills are among the highest in the nation — the result of the state’s reliance on property taxes to finance local governments, particularly public schools, as well as the lack of a state income tax. In general, the amount of property taxes a homeowner owes in a given year depends on the tax rates set by cities, counties and school districts where they live and the value of their home.

There are measures in place to try to slow property tax growth. Under state law, the taxable value of an owner’s primary residence can’t rise more than 10% in a given year if they have a homestead exemption.

Three years ago, state lawmakers capped school districts’ tax rates and required cities and counties to seek voter approval if they want to raise their total property tax revenue by 3.5% or more than the previous year. Those laws have slowed the growth of property taxes, according to a recent report by the Texas Taxpayers and Research Association — though not entirely.

The issue has risen to the fore in the governor’s race — with Abbott and Democratic opponent Beto O’Rourke putting up dueling proposals.

O’Rourke, meanwhile, has said the state should pick up 50% of public school spending and suggested legalizing marijuana, casino gambling and sports betting as ways to bring in more tax revenue.

Meanwhile, state lawmakers are eyeing a $12 billion surplus in state revenue to pay for some public school costs so districts may lower their property tax rates. Texas is also suing the federal government for the right to use $3 billion in federal stimulus funds to pay for tax cuts.