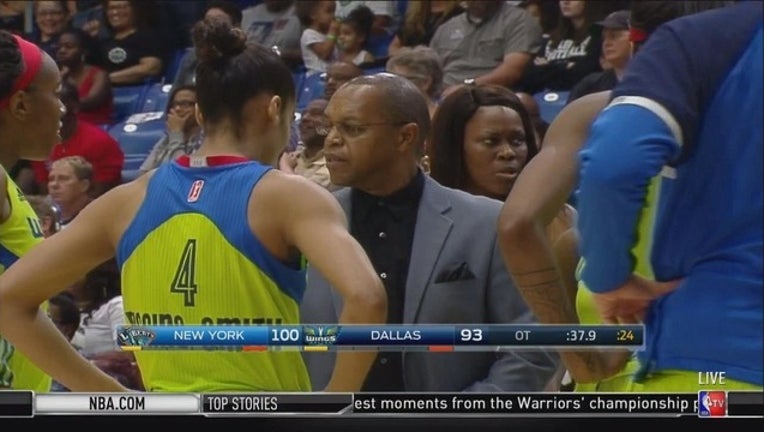 ARLINGTON, Texas (AP) - Shavonte Zellous scored 28 points, including the tying jumper with less than a second remaining in regulation, and the New York Liberty beat the Dallas Wings 102-93 in overtime on Friday night.

Tina Charles added 25 points, 10 rebounds and four blocks for the Liberty (7-4), who outscored Dallas 14-5 in OT and have won five of six. Sugar Rodgers contributed 19 points, including two free throws with 2:53 left in overtime that put New York up for good 92-91, their first lead since the first quarter. Bria Hartley added 17, including an off-balance 3-point heave from the left wing that banked in as the shot clock expired to make it 100-93 with 37.9 seconds to play.

Skylar Diggins-Smith had 23 points for Dallas (4-8), which has lost six of seven. She missed a free throw with 7.1 seconds left in regulation that would have given the Wings a three-point lead. Allisha Gray had 16 points and Glory Johnson 11 points and 11 rebounds.

After the Diggins miss, Zellous inbounded the ball, got it back and then knocked down a 15-foot jumper over Johnson from the right wing with less than a second to play to tie the game at 88. Zellous had missed a step-back from near the same spot with 9.1 to go with Diggins-Smith getting the rebound and foul.

The AP WNBA Power Poll can be found online at: http://collegebasketball.ap.org/ap-wnba-power-poll-week-5