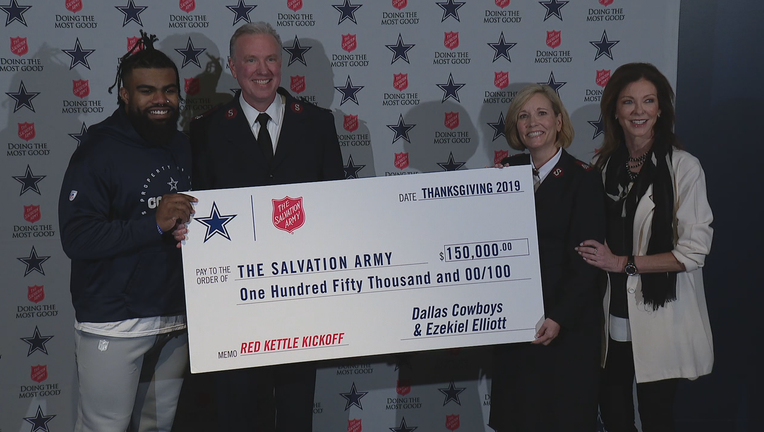 FRISCO, Texas - A shirt designed as a result of Ezekiel Elliot's preseason holdout raised big bucks for The Salvation Army.

The running back announced Tuesday that he's donated $150,000 worth of proceeds from the sale of 'Zeke Who?' shirts to the charity.

The shirts were in reference to owner Jerry Jones' joking about contract negotiations as the holdout dragged from training camp into preseason games. Elliot reportedly thought it was disrespectful at the time, but he turned it into a money maker for the non-profit. 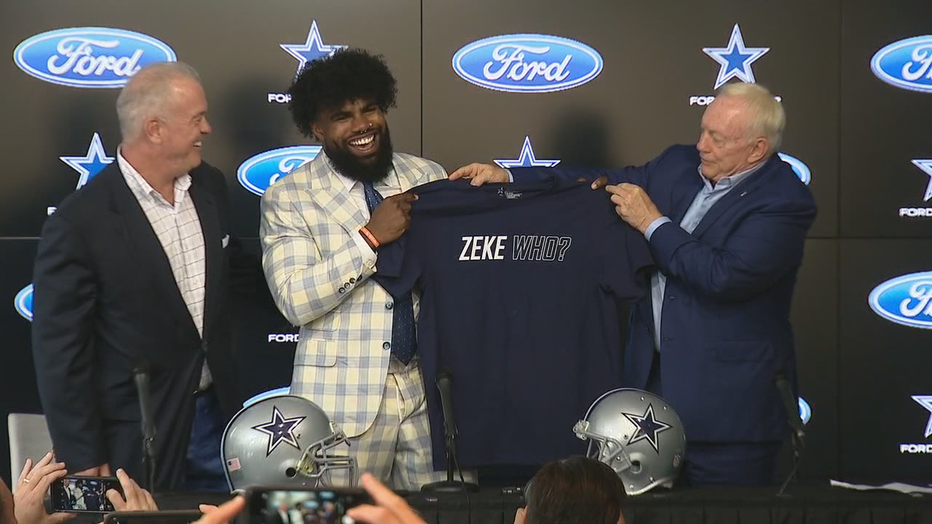 When Elliott signed his new deal, Jones gave him a 'Zeke Who?' shirt at the press conference and the team later sold the shirts online and in stores.