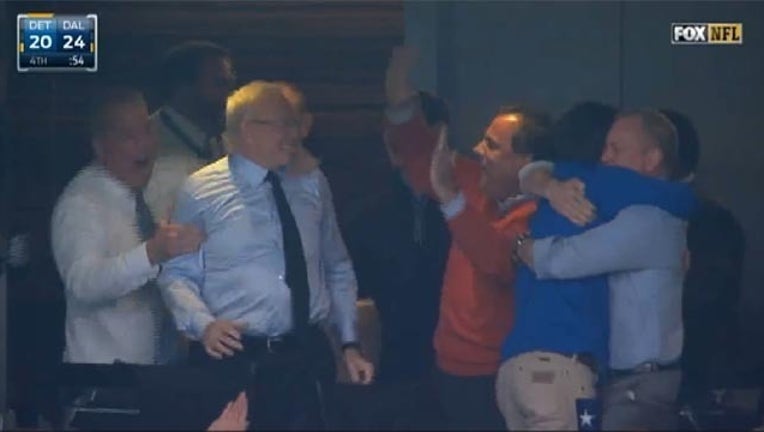 OXNARD, Calif. (AP) -- Barely a week removed from hip replacement surgery, Jerry Jones eased into a chair for the training camp tradition he didn't want to miss: the Dallas owner's annual overview of the Cowboys.

Just a few minutes later on the eve of the first camp workout, Jones was going on about how the defending NFC East champions seem to have a little bounce in their step.

Coincidence? Maybe not, considering how eager Jones was to show reporters how close he is to walking without a limp eight days after the procedure on his left hip.

"I see more freshness, more bright-eyed, rookie attitude in the makeup of this team, for whatever the reason, than I did five years ago," Jones said Wednesday, referring to the previous time Dallas entered camp coming off a playoff victory.

"It just seems like there is a `Send me in coach. I'm going to go through there one way or the other. Just tell me how to go.' I'm not going to call it naive. It's just an attitude of let's just get out here. Let's go to work. Good things can happen to us."

In the month between wrapping up offseason workouts and reporting to California, the Cowboys lost linebacker Rolando McClain to a four-game suspension for a violation of the NFL's substance-abuse policy. They also learned that defensive end Greg Hardy's suspension over a domestic violence case was reduced from 10 games to four.

But the biggest potential issue hanging over camp was settled with just hours to spare when All-Pro receiver Dez Bryant signed a five-year, $70 million contract after warning that he would stay away from California and might even miss games if he had to play with a one-year deal under the franchise tag.

"I think it's a big deal," said executive vice president Stephen Jones, who flew to New York with his dad/general manager the day before the July 15 deadline to work out a deal with Bryant's representatives.

"The Dez watch is something that wouldn't have been welcomed by coach (Jason) Garrett, his teammates, and certainly by Jerry and myself. We wanted to avoid that."

With a happy Bryant in camp, Dallas now has to figure out how to replace DeMarco Murray, the NFL rushing champion who signed with division rival Philadelphia in free agency.

Joseph Randle, Murray's backup for two seasons, is likely to start camp with the first team. But Darren McFadden, who had seven mostly disappointing seasons in Oakland after going fourth overall in the 2008 draft, will get a chance to show what he can do behind one of the NFL's best offensive lines.

"To some degree, that's the kind of back -- if you add those two together -- that we had in Murray," Jerry Jones said. "McFadden is an experienced back. Randle is not as experienced, but he's got a chance to get in and use some, I think, very instinctive, natural running back qualities to have the position give us everything it can give us."

The Cowboys are still optimistic on change-of-pace back Lance Dunbar, and believe they might have improved the blocking by getting La'el Collins as an undrafted free agent. He was projected as a first-round pick, but wasn't taken because of a police investigation into the death of a woman.

For the first time in three years, Jerry Jones and Garrett didn't get questions about the coach's job security. Garrett has a new five-year contract after a 13-5 season that included a playoff win over Detroit and a divisional round loss to Green Bay that turned on Bryant's much-debated catch that wasn't.

So now Garrett gets questions about building on what happened last season, and treats them the same way he did after three straight 8-8 seasons that ended without a postseason berth.

NOTES: Garrett said McClain won't be ready to practice when camp opens after right knee surgery during the offseason. ... DE Jeremy Mincey hasn't reported to training camp because he wants a new contract, and Stephen Jones said the team won't negotiate until he shows up.