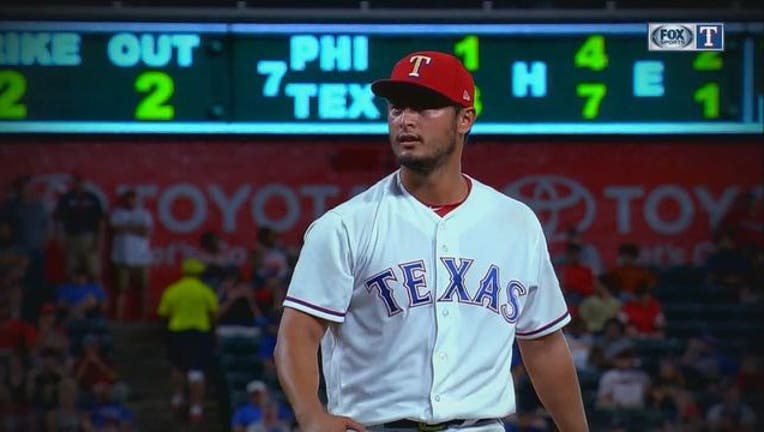 ARLINGTON, Texas (AP) - Rangers general manager Jon Daniels anticipates adding depth to his rotation. It is still unlikely that pitcher will be a front-line starter.

With former Texas ace Yu Darvish among several starting pitchers still available as free agents, Daniels said Tuesday that the team will never end its pursuit of premium talent. But he then added, "If I had to handicap it, I don't think it's highly likely at this point."

Daniels has consistently said that the Rangers had no plans this offseason to be big spenders.

The offseason began with only left-handers Cole Hamels and Martin Perez signed for the Rangers' 2018 rotation. Free agents Doug Fister and Mike Minor have since signed, and Matt Moore was acquired from San Francisco in a trade. Reliever Matt Bush could also be transitioning into a starter's role.